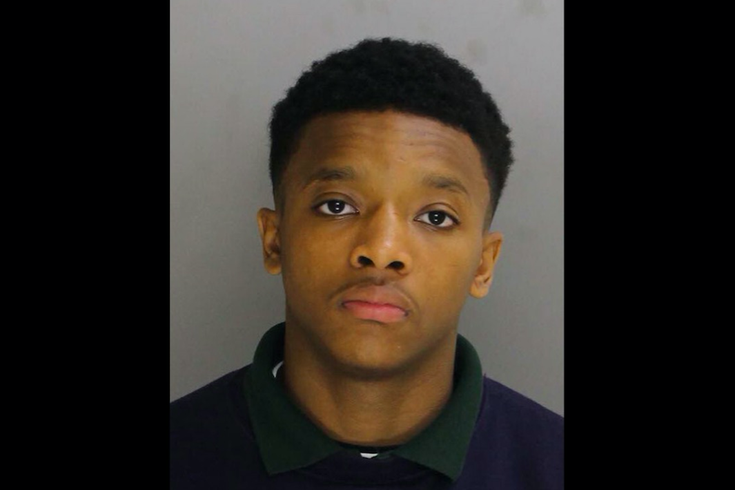 Tramaine Warfield, 18, of Yeadon, was arrested this week in connection with the incident on Oct. 24, 2017 outside the Penn Wood Middle School in Darby Borough.

Shortly after 4 a.m. that morning, police found 57-year-old Brad Hayes severely blooded and unresponsive in his vehicle outside the high school. The victim was taken to Mercy Fitzgerald Hospital and pronounced dead at the scene.

Video surveillance from around the scene confirmed that the victim had been attacked. The suspect was seen stomping and hitting the victim before repeatedly lifting him and dropping him to the ground. Hayes' unconscious body was then placed in the backseat and the suspect attempted unsuccessfully to drive the vehicle away. The suspect was then observed fleeing the scene.

Police later determined that the victim's wallet and cell phone had been stolen.

More than a year later, on Dec. 5, investigators identfied Warfield as a possible match. He is a former student at Penn Wood Middle School and allegedly frequented the area of the crime scene.

Warfield, who was being housed at a placement facility, was taken to Delaware County Correctional Facility to conduct DNA testing and undergo an interview.

Prosecutors said Warfield initially denied recognizing Hayes but later admitted to meeting with Hayes that night after dropping off his girlfriend in Southwest Philadelphia or Yeadon.

"I don't hurt people on purpose," Warfield allegedly told investigators. "I'm not a monster, I just wish I could go back in time."

Warfield has been charged with second and third-degree murder, involuntary manslaughter, aggravated assault and robbery.

"Tramaine Warfield is now in prison where he will stay for a long time," said Delaware County District Attorney Katayoun Copeland. "While we know his arrest does not undo the damage this brutal murder caused to the victim’s family and loved ones, our office will continue to work to bring justice to this case.”