The 2429 Aspen St. home built in 1923 is where the director and filmmaker produced some of his first movies in the late 1960s 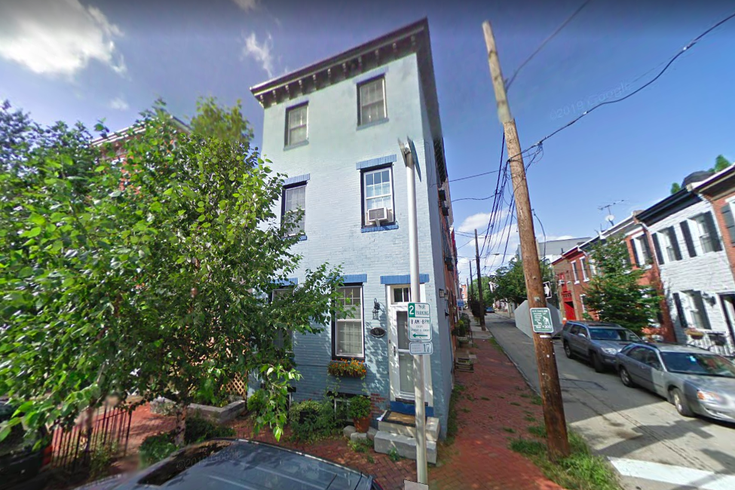 A Fairmount row home at 2494 Aspen St. currently on sale for $325,000 was filmmaker David Lynch's home in the late 1960s when he attended the Pennsylvania Academy of Fine Arts.

Before filmmaker David Lynch made a name for himself in Hollywood, he spent a formative period in Philadelphia where he met his first wife, had his first child and discovered his love for making movies.

Prospective buyers could get 810 square feet spread over three stories, central air conditioning and a backyard patio, one listing says. There are also unique touches like the original pinewood floors and vintage crown molding. The home was built in 1923 and last sold in 2015, Zillow reports

Nowadays, Fairmount is known for its historic character and proximity to the Museum of Art, the Eastern State Penitentiary and Philadelphia's largest park. But the neighborhood was very different when Lynch was there.

"It was filled with fear, and corruption, and it was filthy," he told Philadelphia Weekly in March. "There was soot on the buildings and there was a lot of kind of insanity and a feeling in the air that was very uneasy."

The family's car was stolen, they were robbed twice and the windows of their home were shot in. But the intense fear and violence Lynch was subjected to for the first time following his sheltered upbringing had a big impact on his artistic vision.

"It was my biggest inspiration, this city of Philadelphia," he said. "It was the greatest place for me, and I just loved it."

Lynch came to Philadelphia to study painting at the Pennsylvania Academy of Fine Arts in 1966. That's where he met his first wife who he would eventually divorce, Peggy Lentz. They married in 1967 and had their first child, Jennifer, in 1968.

In addition to school, Lynch took a job printing engravings in Germantown. In the neighborhood, he also attended a theater called the Band Box, where he got to see European new wave and neo-realist films.

While in Philadelphia, Lynch developed a desire to see his paintings come to life. This led him to focus on animation and to produce several short films for the Academy.

This included his absurdist horror movie "The Alphabet," which was filmed in the Aspen Street house and starred Lentz. It was based on a nightmare her niece had where she recited the alphabet over and over.

To get his desired effect, Lynch painted the walls of the upstairs bedroom completely black and painted his wife's face white. This produced a ghastly contrast.

After this, he wrote a script for a 30-minute film titled "The Grandmother." It's about a boy who comes up with an imaginary grandmother to help him cope with his abusive parents. The American Film Institute gave Lynch a grant to produce the movie in Philadelphia.

It was around this time that Lynch decided he wanted to focus completely on film. He moved his family to Los Angeles in 1970 so he could attend the AFI Conservatory.

Still, Philadelphia was a big influence on his debut feature-length film "Eraserhead," a surrealist horror film set in a brutal industrial cityscape which he spent five years working on at the conservatory. The movie's bleak, industrial aesthetic would inform many of Lynch's other works.

Lynch didn't return to Philadelphia for 42 years. He came back for the first time in 2012 when the Academy organized an exhibit featuring his old paintings.

By then, Philly had changed enormously.

"I remember when the city was gray and dirty and deteriorated and ugly and a real mess and had real character," Lynch said at the time, per Philadelphia Weekly. "Now, it’s all bright and shiny just like every other city."

“I preferred it the way it was," he said.