Canadians flocked to the Jersey Shore prior to the pandemic. Cape May County is trying to win them back

Historically, 100,000 Quebec travelers visited Wildwood and neighboring towns every summer. But border shutdowns have kept them away since 2019 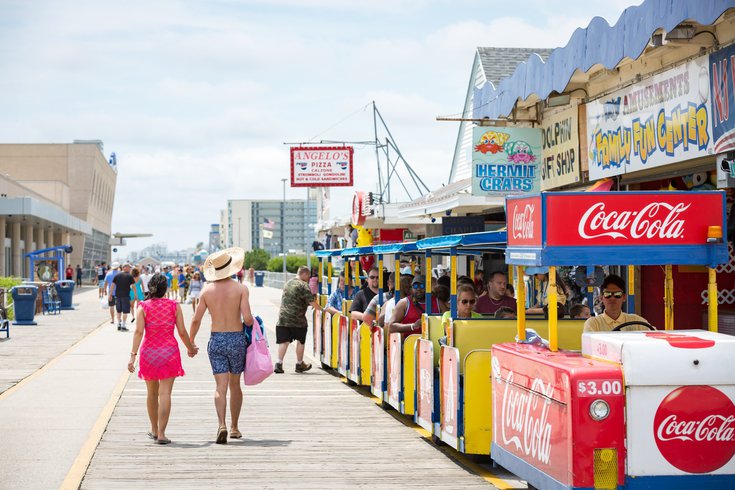 In an effort to bring Canadian visitors back to the Jersey Shore, Cape May County launched a 'Reconnect Canada' marketing campaign late last year. Above, Wildwood.

For decades, French Canadians have been among the most loyal visitors to the Jersey Shore. But COVID-19 restrictions, including the closure of the U.S.-Canadian border for two summers, means most haven't returned since 2019.

Now, Cape May County's Department of Tourism is working to reestablish those long-standing ties. Prior to the pandemic, Canadian tourists – mostly from the French-speaking province of Quebec – made up 7-9% of visitors to the county, according to tourism officials. They particularly flocked to Wildwood, where that figure was about 12%.

In November, Cape May County launched a "Reconnect Canada" marketing campaign after the U.S. reopened its land borders to fully vaccinated, international travelers. Over the next two years, it will run print, radio and digital ads in Quebec and portions of Ontario. Tourism officials also are working to attract travel writers and social media influencers.

Tourism Director Diane Wieland recently made a trip to Quebec as part of the county's marketing effort.

"It was very encouraging to hear so many people were excited that the border is reopened and to visit some of their favorite spots in Cape May County," Wieland said.

Even sky-high gas prices and the shrinking value of the Canadian dollar haven't discouraged many Quebeckers from making the 500-mile trip to Cape May or Wildwood, the Courier Post reports. Many say they prefer the warmer temperatures and fine sand to the beaches of New England, which would be a much shorter drive.

Even without the traditional influx of Canadian visitors, tourism in Cape May County has rebounded thanks to domestic travelers. Last summer, the county recovered 96% of the losses it sustained during the pandemic.

But Canadian travelers traditionally are a significant revenue source.

The connection with Quebec stretches back to at least the 1960s, but became especially strong when the province's Construction Holiday was enacted in 1970.

Every year, Quebec construction workers get two weeks of paid leave beginning on the second-to-last Sunday in July. Many other construction-related businesses close during that period, too. As much as 80% of the province's workforce is on vacation, the Quebec Construction Commission reports.

Cape May County had a part-time tourism office in Quebec starting in 1968, but expanded it to a full-time operation in 1970 to capitalize on the new holiday. In 1995, it closed the office and contracted a Canadian public relations firm to continue the work.

To cater to the Québécois, many business owners in Cape May County have adopted French Canadian names over the years, like the Montreal Beach Resort and Chalfonte Hotel, and printed menus and signs in French.