In long-running tradition, Québécois return to Cape May for ‘Construction Holiday’

French Canadians have been traveling to Cape May every summer for two weeks since the late 1960s. Here's why. 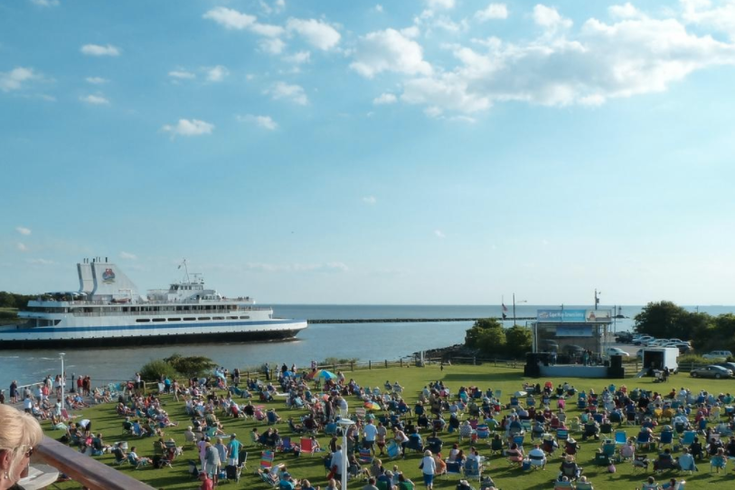 The beaches of Cape May hold a sentimental value for many seaside visitors, but the town also has a special French-Canadian connection with the annual observance of the Construction Holiday, which started July 23 and runs through August 6.

What is this holiday exactly? For natives of Quebec, the Construction Holiday marks two weeks of paid holiday time for workers in the construction industry. Many other construction-related businesses close during those two weeks as well, making it one of the peak vacation seasons for those workers.

Two weeks of paid leave is a hot-ticket item for anyone out in the working world, but perhaps most surprising is how a great deal of Canadian vacationers choose to travel all the way to Cape May to make the most of the holiday, echoing a long-standing relationship between French Canadians and the Cape May County Department of Tourism.

“The Canadian visitor is our largest international market, and it made sense to expand that visitor base,” said Freeholder E. Marie Hayes of the Cape May County Tourism Department in a statement. “They have a high awareness of our assets and are willing to drive the extra miles to vacation here.”

Canadian visitors to Cape May is a long-running phenomenon, beginning when Cape May held a part-time tourism office in 1968. For 25 years beginning in 1970, the department had a full-time office in downtown Montreal until a Canadian PR firm took over to represent Cape May County in Quebec.

Though the number of Québécois visitors has declined in the last three years, Cape May is seeing a higher influx now in 2017.

According to data from the U.S. Travel Association, Canadian tourism in the U.S. at large declined six percent last year, falling from 12 percent in 2015. This year, however, Canadian visitor rates have inched up by one percent, meaning about 200,000 more Canadian visitors.

As the Canadian dollar has weakened over the last three years, Cape May tourism has also seen a slight decline; in 2015 Quebec represented 11 percent of the visitors to Cape May, while in 2016 it fell to nine percent.

“We are continually watching the exchange rate and found the Loonie was gaining since early February 2017, when it traded at 74 cents,” Hayes said.

“Today the Canadian dollar is trading at 80 cents, from a low of under 69 cents in January 2016. This is very encouraging news for our businesses that cater to Canadian visitors, especially now while they are in the County.”

The numbers aren’t complete yet for 2017, but some local businesses in Cape May have reported an average 10 percent increase in business so far.

Cape May County also found data from Canadian Statistics’ international travel survey, which found that there have been 214,900 visits or vehicles belonging to travelers from Quebec going to New Jersey, 70 percent of which were headed to Cape May.