The project will include a new workforce development center, early childhood learning facility and other resources 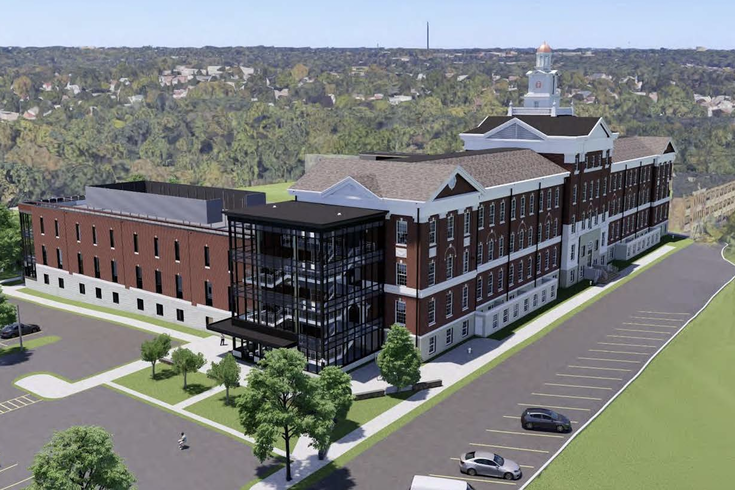 Delaware County Community College is planning a new Southeast Campus in Drexel Hill, nearby by its existing Upper Darby Center, at the site of the former Archbishop Prendergast High School. The photo above is a rendering of the project.

The Pennsylvania Department of Education has approved funding to support Delaware County Community College in the construction of a $66.5 million campus in Drexel Hill, officials announced recently.

The new Southeast Campus will be built on a 7.5-acre portion of the site of the former Archbishop Prendergast High School, near Lansdowne Avenue and Garrett Road. DCCC already has the Upper Darby Center nearby and six other locations in Delaware and Chester counties. The school's main campus is in Marple Township.

The state Department of Education is expected to provide half of the annual expense to build the new full-service campus, which will feature a number of new and expanded programs.

The former all-girls Catholic high school on the planned campus site was closed in 2012 by the Archdiocese of Philadelphia, which merged the school with the all-boys Monsignor Bonner High School. The college purchased the property from the Archdiocese in 2019.

The campus also will have an early childhood learning center that will be operated by the YMCA of Eastern Delaware County. It will serve as a learning lab for students enrolled in the college's early childhood education program and will accommodate more than 140 children, serving students and area residents. 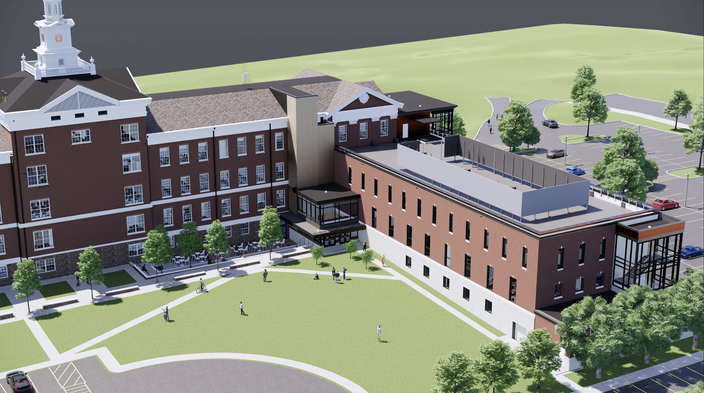 A rendering of DCCC's planned Southeast Campus in Drexel Hill.

Additionally, for the first time, DCCC plans to build a hospitality center with kitchens and other facilities to support students in the culinary arts and hospitality management programs.

The new Center for Workforce Development at the campus will offer associate degrees and certificates for occupations such as advanced manufacturing, electro-mechanical, machine tool and computer numeric control technologies. The facility also will have community resources such as a computer lab, meeting spaces and education programs.

Along with the educational facilities, the new campus will feature a gym, cafeteria and courtyard with outdoor seating.

DCCC is aiming to break ground on the project early next year, with a two-year timeline for construction.