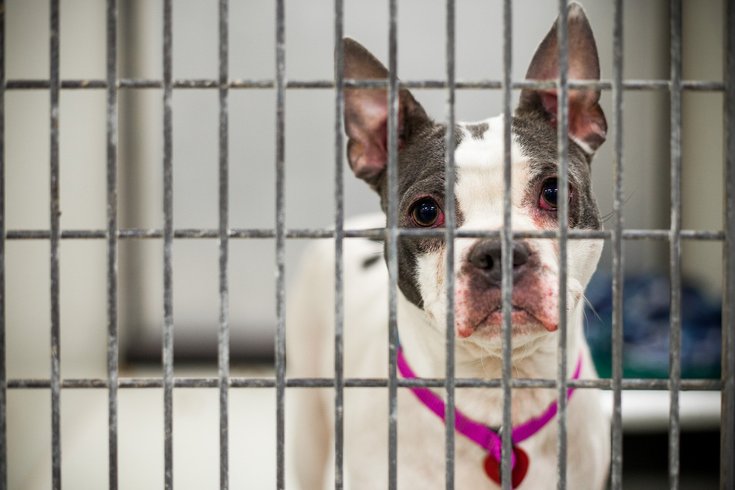 Delaware has been named the U.S.'s first and only no-kill animal shelter state by the national rescue organization Best Friends Animal Society. Above is a file photo of a dog at an animal shelter.

Delaware is known as the first state in the U.S., and now it officially is the first and only state to be considered a 'no-kill' animal shelter state.

The Best Friends Animal Society, a non-profit that advocates for no-kill animal shelters, declared Delaware is the first and only no-kill state in the county at the organization's annual conference last week.

Brandywine Valley SPCA announced the news on Facebook. The local shelter, based in New Castle and Georgetown, was recognized for its leadership in helping Delaware become no-kill.

In order to be deemed a "no-kill" state, a state must achieve a save-rate of at least 90% for all cats and dogs entering its shelters, according to Best Friends.

BVSPCA also was recognized for other no-kill initiatives, like its Second Chance program that seeks to protect animals in other states from being euthanized due to overpopulation. The organization has built relationships with states, such as Florida and Louisiana, to help find homes for those animals.