The popular series begins with a screening of 'Cruella' on Friday at 8:15 p.m. Free popcorn will be provided while supplies last 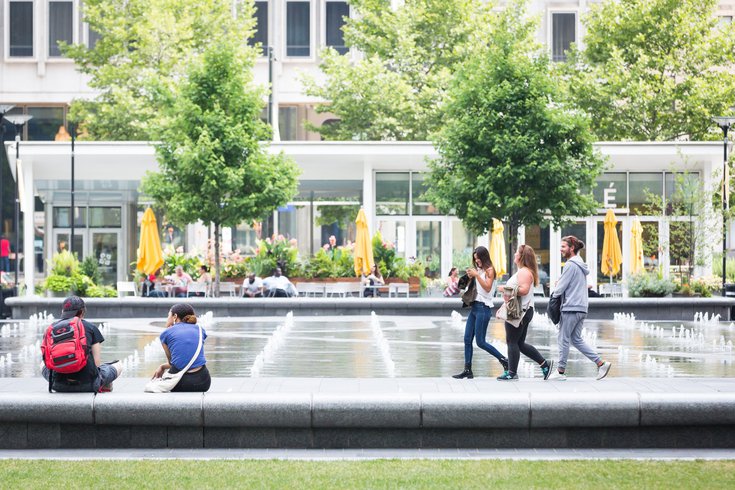 Dilworth Park will host free outdoor movies each Friday at 8:15 p.m. from July 22 to Aug. 26. This year's screenings include 'Cruella,' 'In The Heights,' 'Spider-Man: No Way Home,' 'Ghostbusters: Afterlife,' 'Jungle Cruise,' and 'King Richard.'

Grab a blanket, a bucket of popcorn, and sit out under the stars at Dilworth Park each Friday this summer. The Center City District is bringing back its free outdoor movie series.

The annual event, which runs from July 22 to Aug. 26, shows movies appropriate for people of all ages. Each movie begins at 8:15 p.m., though concessions will begin being sold at 7:45 p.m. Visitors can grab popcorn, candy and other snacks from Air Grille Garden, while those 21 and older can sip on beer, wine and cocktails.

MORE: The Dutch to debut three-course tasting menu with returning favorites from Fond

To kick off the series, TD Bank will provide free popcorn to accompany the screening of Disney's live-action "Cruella," a closer-look into the villain from "101 Dalmations." The 2021 film stars Emma Stone, who was nominated for a Golden Globe for her performance.

On July 29, a special screening of "In the Heights," the big-screen adaptation of the popular stage musical written by Lin-Manuel Miranda, will be shown.

The film tells the story of a group of residents in Washington Heights, a predominantly Dominican neighborhood in Upper Manhattan. The characters seek to follow their own "little dreams" throughout the course of the story, with songs and performances galore.

On Aug. 5, bring a chair to the park to watch "Spider-Man: No Way Home," the latest installment in the Spider-Man franchise. Tom Holland and Zendaya have been starring in the films since 2017, and critics have largely praised their performances in one of the most popular "Spider-Man" releases of all time.

On Aug. 12, Dilworth Park will screen "Ghostbusters: Afterlife," the most recent sequel in the "Ghostbusters" franchise, which began with the premiere of "Ghostbusters" in 1984. Bill Murray, Dan Aykroyd, Annie Potts, and Sigourney Weaver reprise their roles in this installment, along with newcomers Finn Wolfhard and McKenna Grace.

On Aug. 19, check out "Jungle Cruise" starring Dwayne Johnson and Emily Blunt. The film is based on the infamous Disney theme park attraction, and tells an alternate history of a conquistador looking for the Tree of Life.

To close out the summer movie series, the award-winning "King Richard," starring Will Smith, will be shown Aug. 26. The film tells the story of Richard Williams, father and sometimes coach of tennis superstars Venus and Serena Williams. Smith won his first Academy Award for the role, as well as a collection of other accolades.

For those looking for other outdoor movies available this summer, there are no shortage of parks showing free movies. Check out films playing at the Mann Center for Performing Arts, or check out this comprehensive list from Visit Philadelphia.

Pictures in the Park