Donovan McNabb will join 97.5 The Fanatic every Monday morning after Eagles games 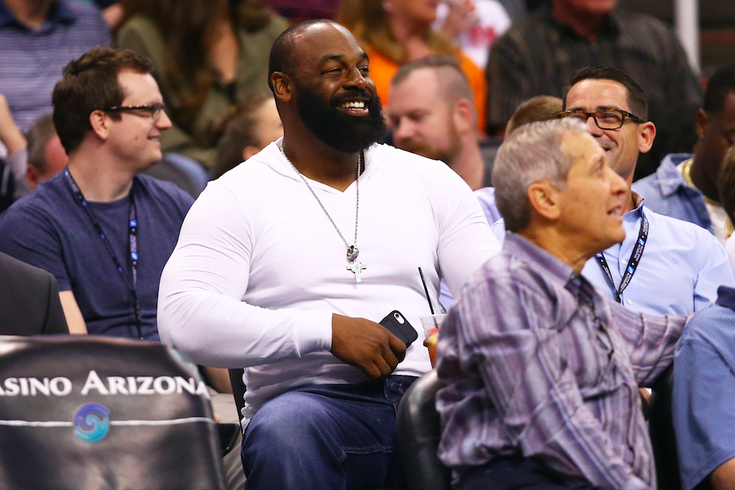 Former Philadelphia Eagles quarterback Donovan McNabb will be a regular guest Monday mornings on 97.5 The Fanatic during the 2019-2020 season.

Eagles fans, get ready for a full season of Monday morning quarterbacking from the one and only Donovan McNabb.

The former Eagles quarterback is slated to join 97.5 The Fanatic for a weekly appearance on the Farzetta & Tre morning show, where he'll help break down what happened on Sunday.

The station announced the arrangement with McNabb on Monday morning as the trio discussed predictions for the upcoming season.

.@donovanjmcnabb will join @975Mornings today at 9:30 & will be speaking with the show every week throughout the season!

McNabb, who put money on the Eagles winning Super Bowl LIV, said he foresees his old team defeating Andy Reid, LeSean McCoy and the Kansas City Chiefs. The Eagles will apparently get their second Lombardi Trophy without putting up a dominant season, No. 5 predicted.

"I think they're a 10-6 football team," McNabb said. "I think coming out of the gate, it can be somewhat of a question because we really haven't seen them in the preseason."

The love-hate relationship between Philadelphia and McNabb intensified this offseason after the former quarterback raised questions about how much slack the Eagles should give the oft-injured Carson Wentz. McNabb suggested the Eagles should look to move on from Wentz if he doesn't take them to an NFC Championship game in the next two or three years.

McNabb's comments usually rile up Eagles fans because they always seem to come from left field, when no one has heard his name in a while. Given a consistent platform, it's possible McNabb's analysis of the team may be more palatable on a week-to-week basis.

97.5 The Fanatic also announced that former running back Brian Westbrook will have a show every Monday night from 6-7 p.m.

One thing is for certain: McNabb is going to say something inflammatory at some point this season on the day after a loss. His opinion, for better or for worse, is now going to be a storyline for the year ahead.

At least he's confident the Eagles will beat Washington by double-digits Sunday in the season opener.