E-cigarettes cause damage to blood vessels even when used without nicotine, Penn study finds 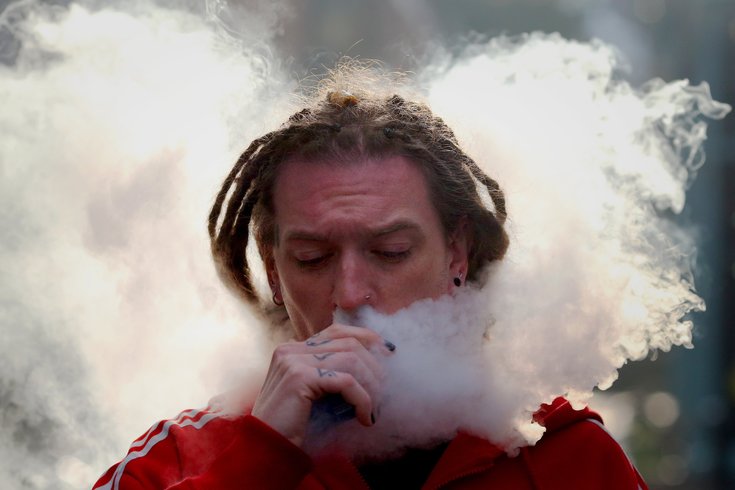 If you think vaping using e-cigarettes is safer than smoking regular cigarettes you may want to think again. A new study by researchers at the University of Pennsylvania finds the use of e-cigarettes can lead to blood vessel damage – even when the substance being vaped contains no nicotine.

In the study published in Radiology, researchers found that the blood flow of participants decreased after they had puffed on an e-cigarette. The research also suggests e-cigarettes caused damage to a person's vascular endothelium, the thin layer of cells that line the blood vessels. This damage can impair the function of the endothelium.

Researchers examined 31 healthy people – 17 men and 14 women – between the ages of 18 to 35 years old from May to September 2018. None of the subjects had prior histories of smoking any kind of cigarette – regular or electronic.

Participants vaped from e-cigarettes containing glycol and glyecerol but nicotine. They were instructed to puff 16 three-second inhalations.

In addition to restricted blood flow, the MRIs revealed damage to the femoral arteries' vascular endothelium. Blood flow and oxygen levels remained reduced for about an hour after vaping. The study cites that this blood flow reduction is likely caused by a reduction in the availability of nitric oxide to the participants' bodies.

This was the first study to look at the effects of e-cigarettes without nicotine on vasodilation. Previous studies have shown a correlation between e-cigarettes with nicotine and blood vessel stress and inflammation.