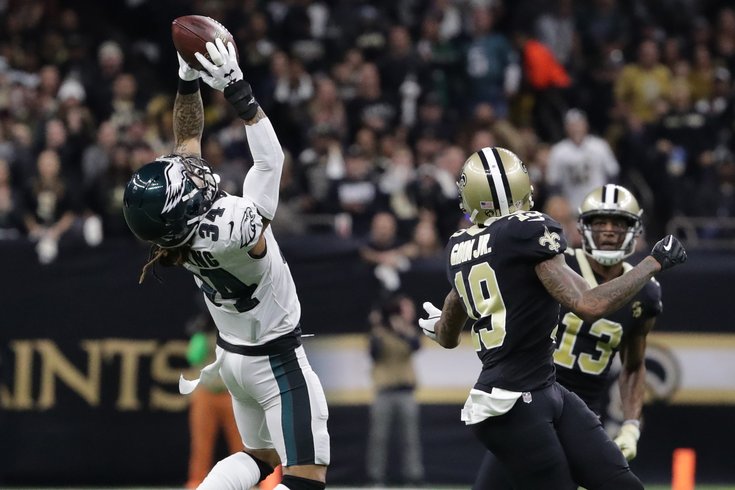 The Philadelphia Eagles announced on Monday that they have signed cornerback Cre'Von LeBlanc to a one-year contract extension through the 2020 season. LeBlanc, who reportedly has a Lisfranc sprain, is likely to be placed on injured reserve with a chance of returning later in the season.

If indeed the Eagles IR LeBlanc, he'll be allowed to practice after Week 6 of the regular season, and can return to the active roster after Week 8.

LeBlanc was an outstanding in-season addition in 2018 who "really solidified the nickel spot," according to Jim Schwartz. He's a good tackler, he's quick, and most importantly to Schwartz, he's confident. In eight regular season games with the Eagles in 2018, LeBlanc had 24 tackles, but no INTs. He did intercept a Drew Brees pass early on in the Eagles' playoff loss to the Saints.

If LeBlanc heads to IR, the Eagles will be left with just four cornerbacks -- Ronald Darby, Sidney Jones, Avonte Maddox, and Rasul Douglas. The two most likely positions where the Eagles could look to add a player with their open roster spot would be at corner or tight end.

UPDATE: The Eagles announced that LeBlanc will indeed head to IR.

MORE: What they're saying: Eagles season predictions, roster reactions and more | A look at the Eagles' initial 2019 practice squad, and waiver claims | Analysis of the Eagles' very old roster