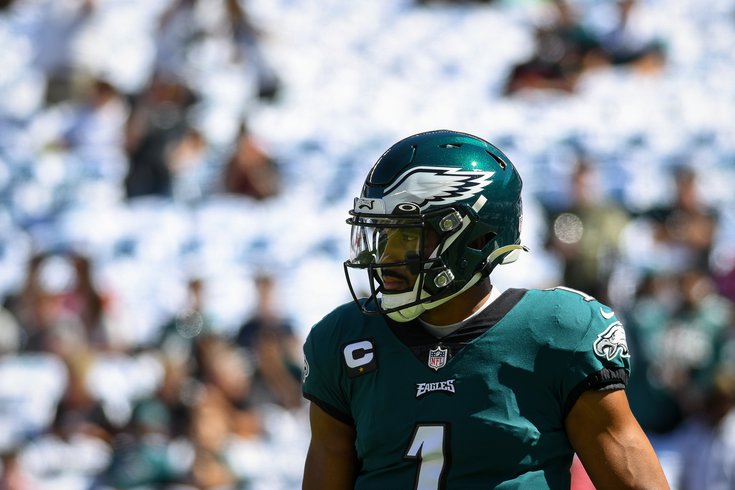 After a beatdown of the Atlanta Falcons Week 1, the Philadelphia Eagles suffered a frustrating loss at home against the San Francisco 49ers Week 2, followed by a blowout loss in front of a national audience to the Dallas Cowboys Week 3.

It won't get any easier on Sunday, as Andy Reid and the Kansas City Chiefs are in town.

As always, the injury bug has hit the Philadelphia Eagles hard, as they have already lost Brandon Graham and Isaac Seumalo for the season. Brandon Brooks will also be out for a couple months, and Jordan Mailata will miss his second game with a knee sprain. And prior to the game, it was announced that the team will be without starting right tackle Lane Johnson, although his absence is due to "personal matters" rather than an injury.

On the plus side, the Eagles will be getting Rodney McLeod back. The Chiefs, on the other hand, are healthy, relatively speaking, but they will be without a pair of defensive starters in Frank Clark and Charvarius Ward. You can find the full list of Eagles-Chiefs inactives here.

As we noted in our five matchups to watch, the Eagles will have to defend "every blade of grass" against an explosive Chiefs offense led by Patrick Mahomes, Tyreek Hill, and Travis Kelce. The Chiefs do have their share of weaknesses, notably a porous defense that has struggled getting after opposing quarterbacks and stopping the run.

The Eagles are 7-point home underdogs. Here are our staff writer picks — as well as who some others around the country are picking. For the gambling enthusiasts, you can find my Week 4 picks here and some over/unders for Sunday right here.