Despite optimism that Lane Johnson could return on Sunday night, he will not play against Dallas 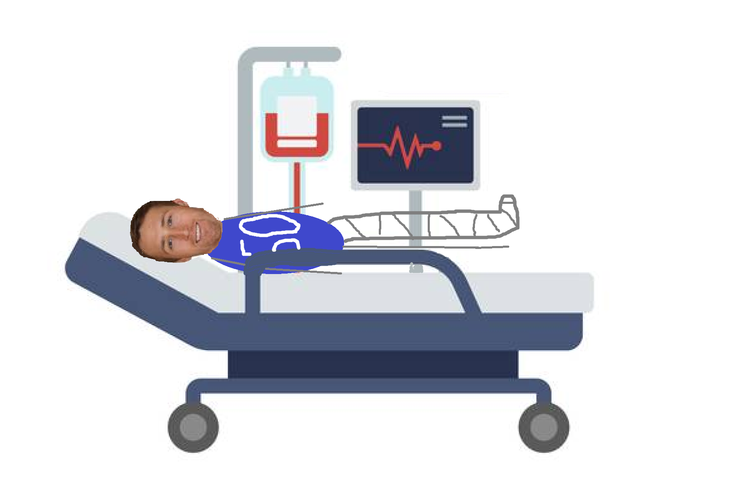 Coming off their bye, the Philadelphia Eagles are beginning to get healthy, though they have a boatload of players on IR/PUP/NFI, and still some notable names on the injury report. The Dallas Cowboys, meanwhile, have had the injury bug hit them of late, as they'll be missing a decent number of key starters in this matchup as well.

Here are the Eagles' and Cowboys' inactives:

• OT Lane Johnson: Earlier this week, Doug Pederson said that Johnson would likely play, but he's out. Halapoulivaati Vaitai will fill in, and the Eagles would be wise to give him plenty of extra help against game-wrecking DE Demarcus Lawrence.

• CB Jalen Mills: Mills injured his foot against the Jaguars, and Rasul Douglas filled in. The expectation here is that Douglas will get the start on the outside against Dallas.

The guess here is that the Eagles will opt to just leave Maddox at safety, insert LeBlanc in to the slot, and let Graham resume his familiar role as the third safety.

• RB Darren Sproles: This will now be the eighth straight game that Sproles will miss after injuring his hamstring Week 1 against the Atlanta Falcons. Doug Pederson expected to have Sproles back this weekend, but he suffered a setback and will now be out.

In anticipation of Sproles' return, the Eagles released punt returner DeAndre Carter. Eagles players currently on the roster with any sort of punt returning experience are Golden Tate, Nelson Agholor, and Corey Clement. The thinking here is that Tate will be asked to take over those duties for the time being.

• S Deiondre Hall: Hall hasn't been used by the Eagles, despite a spate of injuries at safety.

• OG/OT Matt Pryor: Pryor is the lone Eagles player who has appeared on the inactive list for every game this season.

• S Rodney McLeod (IR): McLeod is done for the season after tearing his MCL during the Eagles' win over the Indianapolis Colts. On the season, he had 10 tackles and four pass breakups, which doesn't properly convey the positive contributions he made in the first three games. McLeod's was replaced initially by Corey Graham, and later Avonte Maddox.

• DT Timmy Jernigan (NFI): Jernigan started the season on the NFI list, which is essentially an extension of the PUP list, meaning he was required to be out for at least the first six weeks of the season, though it has already extended beyond that. Jernigan was very productive early in the season last year, but his play tailed off a bit down the stretch. He has been replaced in the lineup by a whole bunch of bodies who, on the whole, have not produced.

Jernigan began practicing this week, but he remains on NFI.

• WR Mike Wallace (IR): Wallace, formerly the Eagles' No. 2 receiver, broke his fibula against the Buccaneers. He'll be out at least 8 weeks on injured reserve, though Doug Pederson noted that it may not be a season-ending injury.

• WR Mack Hollins (IR): The Eagles will also be without their No. 4 receiver, as the Eagles placed Hollins on IR with a groin injury.

• ST Chris Maragos (PUP): Maragos is still recovering from a serious knee injury suffered Week 6 last year against the Carolina Panthers. He started the season on PUP, so he'll miss at least the first six games. Like Jernigan, Maragos was not ready at the conclusion of those six weeks.

• TE Richard Rodgers (IR): Rodgers had a good training camp, and looked like he could be a quality third tight end. However, he injured his knee on a touchdown reception from Nate Sudfeld in the preseason, and was placed on IR.

• LB Sean Lee: Lee is out with a hamstring injury again, and is expected to miss 4-6 weeks. Let's go ahead and update Lee's injury history, going back to his time at Penn State:

• 2018 (Dallas) - Hamstring. Expected to miss 4-6 weeks. He has already missed three other games this season as well.

Taking Lee's place in the middle of the Dallas defense will be rookie Leighton Vander Esch.

• LG Connor Williams: Williams was Dallas' second-round pick in the 2018 NFL Draft, and is their starting LG. He had his knee scoped this week. Filling in for Williams will either be Xavier Su'a-Filo or Adam Redmond.

• DT David Irving: Irving is a talented interior pass rusher who has missed all but two games this season.  He has 4 tackles and one sack. In 2017, in just 8 games, Irving had 7 sacks.

• WR Tavon Austin: Austin has had one big moment for the Cowboys this season, when he caught a 64-yard touchdown Week 2 against the Giants. He has otherwise been quiet, catching just 7 passes for 130 yards and 2 TDs.

• DE Taco Charlton: Charlton was the Cowboys' first round pick in the 2017 NFL Draft. In 2017, he had three sacks. This season, playing in 8 games (and starting 7), Charlton has 16 tackles and one sack.

• LB Joe Thomas: Thomas is a backup linebacker and special teamer. He has 9 tackles this season.

• C Travis Frederick (IR): Frederick is out indefinitely with a rare disease. He was a first round pick of the Cowboys in the 2013 NFL Draft. In five years in the league, he has three All-Pro nods (one first-team, two second-team), and four Pro Bowl appearances.

• WR Terrance Williams (suspended): Williams was suspended by the league for three games as a result of this:

He was already out anyway with a foot injury.