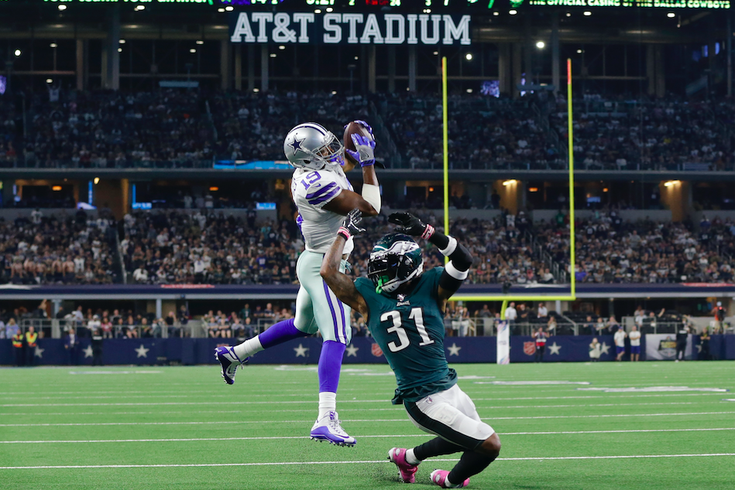 As the Dallas Cowboys routed the Philadelphia Eagles 37-10 on "Sunday Night Football," a powerful tornado touched down just 24 miles away from AT&T Stadium in Arlington.

Maybe the only thing that could have saved the Philadelphia Eagles in their blowout loss to the Cowboys on Sunday night would have been a weather emergency.

They weren't too far from one, according to multiple reports and videos out of the Dallas-Fort Worth area.

More than 100,000 homes in the DFW metropolitan area were left without power Monday morning in the wake of a powerful storm that blew through the region last night.

At 9:30 p.m. about an hour after kickoff at AT&T Stadium in Arlington, a tornado touched down in the area of Richardson north and west of Dallas. A half hour later, the twister was spotted in Rockfall, further west. (The second two tweets below show clear video of the funnel).

Whoa... Insane view of Dallas tornado, that moved through moments ago. pic.twitter.com/Uzmzy2JGBA

The drive from Arlington to Love Field, where the Washington Post reported the tornado touched down, is about 24 miles — maybe a little over a half hour. Rockwall is about an hour away by car.

Several schools across the area were closed Monday morning as the damage from last night's storm was assessed. The twister also wasn't far from the home of former President George W. Bush.

#NEW Former President George W. Bush & First Lady Laura Bush live near Preston & Royal in #Dallas, an area slammed by a tornado tonight. Their spokesman tells me “They got lucky and are praying for the safety of their neighbors around DFW.” @CBSDFW

The Cowboys beat the Eagles 37-10, taking first place in the NFC East as the Eagles fell to 3-4 on the season.