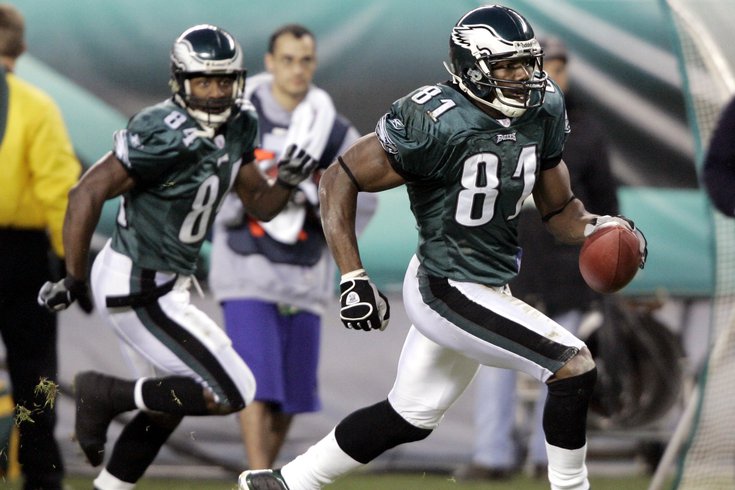 Screw ups happen, even in the front offices of the biggest leagues in professional sports.

On Wednesday, the NHL voided the Vegas Golden Knights' deadline day trade of forward Evgenii Dadonov to the Anaheim Ducks. In October 2020, Dadonov signed a contract with the Ottawa Senators that included a limited no-trade clause. He listed 10 teams he refused to be moved to. Anaheim was one of them.

When Dadonov was traded to Vegas last summer, the Senators apparently never disclosed the clause to the Golden Knights. So, somehow unaware that the clause existed, the league pushed the trade through. This caused Dadonov, his agent, and the NHLPA to step in and dispute the trade, which started the process to reverse it.

Trades and signings have been voided or vetoed before, but it's an extremely rare occurrence. The most famous (infamous?) examples include the NBA stepping in to deny a trade of Chris Paul to the Lakers in 2011, and the NHL rejecting the Devils' 17-year contract with Ilya Kovalchuk in a blatant attempt at salary cap circumvention in 2010.

But it just so happens that two of messiest situations in recent memory both involve Philadelphia teams.

So, since the through line has kind of already been established, how's a quick look back sound? Let's start with Terrell Owens...

It's March 2004. Superstar receiver Terrell Owens wants out of San Francisco, and feelings from the 49ers are mutual.

Believing he would become a free agent following the 2003 season, Owens negotiates and reaches an agreement with the Eagles in advance, finally giving Donovan McNabb that No. 1 receiver he needed to put the offense over the top.

The 49ers, claiming Owens' agent David Joseph missed the deadline to void the remaining years of his contract with the team, maintained that they still had Owens' rights and traded him to the Ravens for a second-round draft pick. This happened after Baltimore linebacker Ray Lewis tried to recruit Owens at that year's Pro Bowl.

Owens protested the trade and refused to show up for a physical. He made his choice. He was a free agent who was going to sign with the Eagles. The NFLPA filed a grievance on his behalf to make it so. An arbitrator was brought in. Cue a couple weeks worth of legal arguments. (In hindsight, maybe this should've been taken as a warning sign of what was to come).

The arbitrator never had to make a ruling on Owens' free agent status. A settlement between the three teams involved was reached before that could happen.

Baltimore got their second-rounder back. The 49ers got a fifth-round pick and defensive end Brandon Whiting from the Eagles. And the Birds walked away with T.O on a seven-year deal that went on to give them that last push they needed to finally reach the Super Bowl.

As we all know, things fell apart beyond that.

Eric Lindros gets traded to the Flyers...and the Rangers...

An unheard of combination of size, speed, and skill, Eric Lindros was a near gurantee to become the NHL's next big star. He was the obvious choice to take first overall in the 1991 NHL Draft. Problem was, the Quebec Nordiques held the pick. Lindros refused to play for their owner Marcel Aubut, and nothing was going to get him to change his mind.

He opted to hold out for a year, staying down with his junior team in Oshawa and playing with Team Canada in the '92 Olympics while waiting for a trade to come through.

The Flyers made a huge offer that the Nordiques agreed to. Quebec would get Steve Duschene, Ron Hextall, Kerry Huffman, Mike Ricci, the rights to then prospect Peter Forsberg, the seventh-overall pick in 1992, the Flyers' first-round pick in 1993, and $15 million in cash. In return, the Flyers were getting the next face of their franchise.

But the Rangers made an offer too, one that, as the legend goes, made Aubut change his mind and go back on the Nordiques' agreement with the Flyers. New York put Tony Amonte, Alexei Kovalev, John Vanbiesbrouck, Doug Weight, three first-round picks (1993, 1994, and 1996), and $12 million all on the table for Lindros.

The Flyers were upset. A grievance was filed. An arbitrator was brought in. Cue a couple weeks worth of legal arguments.

The Flyers' original agreement won out. Their blockbuster deal went through and the trajectory of the NHL was altered forever.

Eric Lindros was a superstar, the Legion of Doom was formed, and though they never won the Stanley Cup, the Flyers were a constant playoff contender.

But Lindros was taking too many big hits. Concussion issues began to mount.

As we all know, things fell apart beyond that.