Eagles release playoff hype video: 'You want me to tell you why you should be f***ing excited?' 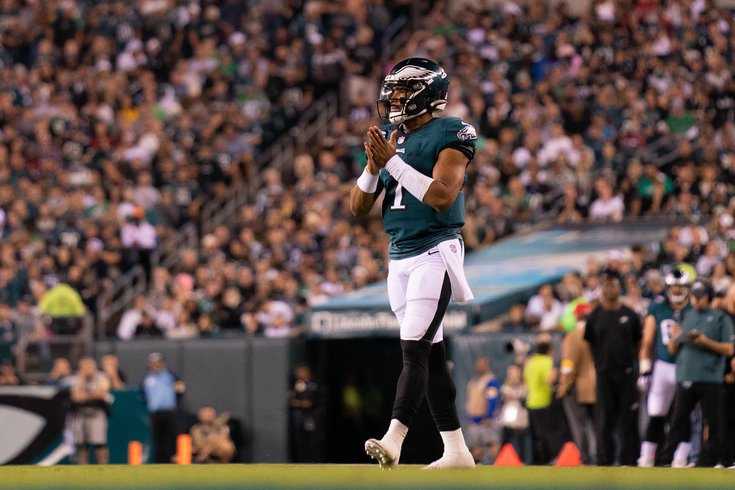 A Philadelphia Eagles team that few expected to reach the postseason this year is now set to take on the defending Super Bowl champion Tampa Bay Buccaneers at Raymond James Stadium on Sunday afternoon, once again underdogs with an opportunity to prove their naysayers wrong when it matters most.

Many Eagles fans have resolved to enter Sunday's game with gratitude and low expectations. This will be the first playoff game for head coach Nick Sirianni and quarterback Jalen Hurts, whose trial by fire comes against none other than the winningest quarterback in playoff history. Tom Brady has 34 playoff victories and seven Super Bowl titles.

And yet, if you ask Lane Johnson, Eagles fans who follow the "house money" school of thought about this year's playoff push are too forgetful of Philadelphia's ability to overcome odds.

"People say to me, 'You did it, you got in the playoffs, you made it,'" Johnson says in the team's latest hype video. "So you think everything we put in this dang season was just to get in?"

In about a minute's time, an Eagles hype video has the ability to strip away all of the expectation management that fans may have adopted to avoid the possibility of getting hurt. And deep down, everyone knows this would have happened the minute the game clock starts Sunday, anyway.

"What did you all come here for?" Johnson asks. "You want me to get fired up, right? You want me to tell you why you should be f***ing excited? Because it's the freaking playoffs, that's why!"

The message means a lot coming from Johnson, who missed several games this season as he battled off-field issues and returned with a new sense of purpose. His smile after scoring his first career touchdown on a designed play against the Giants will be remembered as one of the brightest moments of the season.

The Eagles undoubtedly have their work cut out for them, facing an experienced team on the road with a sloppy weather forecast.

But the Birds would love nothing more than to play spoilers against Tampa Bay and leave Tom Brady no excuse not to come shake Jalen Hurts' hand in defeat on his own field. Apparently, Brady has forgotten his Super Bowl snub of Nick Foles and won't be able to squirm out of good sportsmanship this time, should the Eagles come away victorious.

RIP to @bobsaget! It was proud to call you a friend. One of the greatest comedians ever & a Philly legend. 🙏🙏

And for those who want more hype, here's a video from the DelcoDelphia Twitter account, which is known for sharing its own Eagles playoff videos.