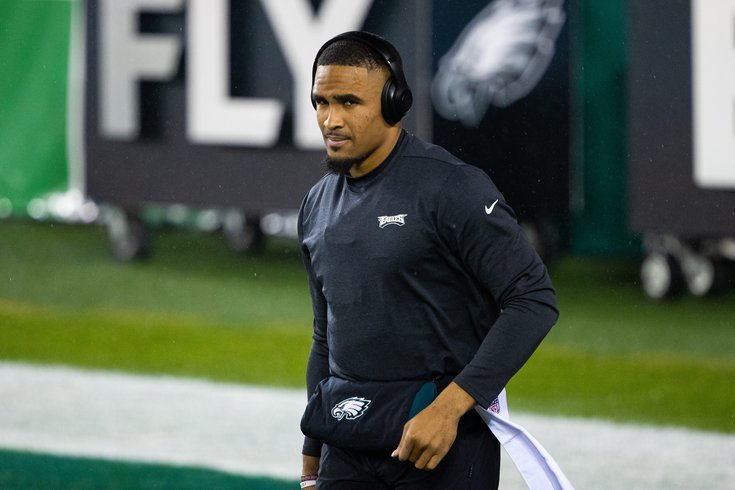 Eagles quarterback Jalen Hurts will wear No. 1 on his jersey for the 2021 season.

The Philadelphia Eagles released the list of players' 2021 jersey numbers on Friday, a pre-draft news nugget that rarely registers much excitement.

But this year's crop of new numbers is interesting because presumptive starting quarterback Jalen Hurts is switching from No. 2 to No. 1, which he wore in college at the University of Oklahoma. Prior to that, he wore No. 2 at the University of Alabama and at Channelview High School in suburban Houston.

On a symbolic level, it also reflects Hurts moving to the top of the Eagles quarterback depth chart. Carson Wentz, who wore No. 11 with the Eagles, has switched to No. 2 with the Indianapolis Colts after wide receiver Michael Pittman Jr. said he was "locked in" on keeping No. 11.

The Eagles also announced jersey numbers for the following players in the tweet below, who either changed their numbers or are just picking a number since joining the team.

The news comes as the NFL is considering a change in rules for jersey numbers, which historically have been restricted by a player's position.

Number changes are generally pretty insignificant, unless you happen to own a jersey with a  number a player abandons, but maybe Hurts' move to No. 1 will add a little bit of motivation for him.