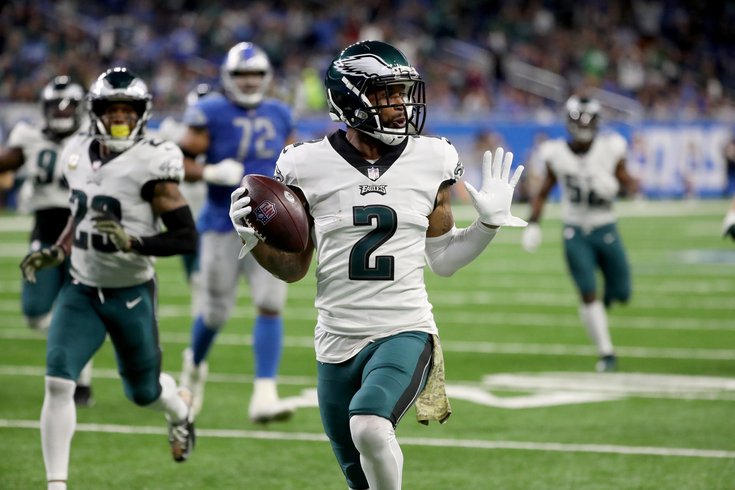 Darius Slay is headed to the Pro Bowl.

The Philadelphia Eagles will send two players to the Pro Bowl for their play during the 2021 season. They are center Jason Kelce and CB Darius Slay. This will be Kelce's fifth Pro Bowl selection, and Slay's fourth.

Kelce was an obvious choice at center, as he continues to play at an extremely high level at 34 years of age, leading the No. 1 rushing offense in the NFL. He should also probably be the First-Team All-Pro at center as well this year, as his Hall of Fame credentials continue to grow.

Slay got in as a result of his splash plays. He has three interceptions, one of which he returned for a touchdown, in addition to a pair of fumble return touchdowns. His big plays were integral in wins against the Panthers, Broncos, and Saints. Otherwise, he has also been a steady cover corner, and arguably the Eagles' best defensive player in 2021.

• LT Jordan Mailata: Mailata has been excellent in his first year as the full-time starter at left tackle, both in pass protection, and moving players against their will in the run game.

• RT Lane Johnson: After missing some time while dealing with anxiety, Johnson has returned to his All-Pro form at right tackle.