Julian Lurie, 27, is likely being given a path to an eventual transition into ownership 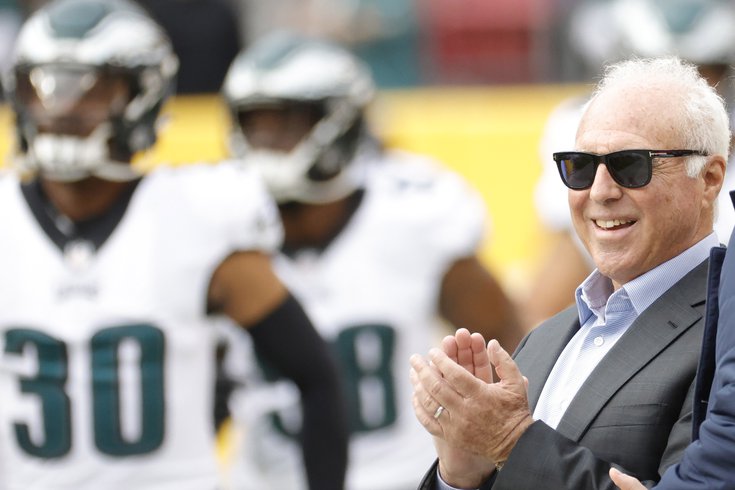 Jeffrey Lurie's son, Julian, has been given an official role within the Eagles, per The Athletic's Bo Wulf, reflecting his increasing involvement within the organization and likely laying the groundwork for an eventual transition in ownership.

Julian, 27, has been given the title of Business and Football Operation Strategy, according to the report, after moving into a permanent office space within the NovaCare Complex earlier in the offseason.

The younger Lurie's new job puts him directly within the team's day-to-day operations and he has reportedly sat in on high-level executive meetings and met with different department heads to get a better grasp of all aspects of the business.

There's a path now for Julian to take the reins at some point down the line and his father, who bought the Eagles back in 1994, acknowledged that possibility during league meetings in March.

“He’s gonna have so much more going into it than I ever did if he chooses to want to someday own and run the team," Jeffrey Lurie, now 70, said. "I mean, he’s gonna have a gigantic advantage. He won’t make some of the… mistakes that I made. But he loves all aspects of it. And so what I do is expose him at different times to different things. I let him observe coaching searches — those are big decisions to make. I think he gets exposure to the business side (and) football side. And inevitably it’ll be more of a formal aspect to it if he aspires to do that.”