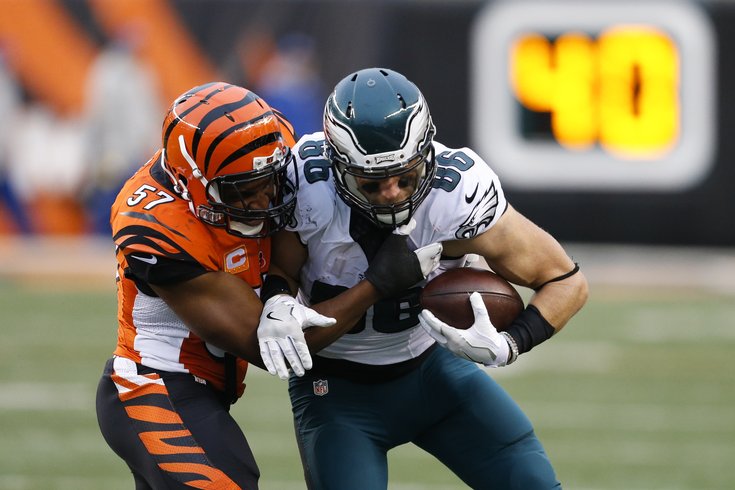 About a month ago, we pointed out that Philadelphia Eagles tight end Zach Ertz had the second-lowest yards after catch average in the NFL among tight ends, mainly because he's often content to give himself up after he makes catches.

On the season, Ertz now has 47 catches, and does not yet have a single broken tackle. That seems nearly impossible considering Ertz is a 6'5, 250-pound tight end.

Since we published our initial post on Ertz, he has slid to avoid being tackled by a defensive back and has gotten out of the way of a linebacker chasing down Carson Wentz instead of blocking him.

We'll be more brief this time around, because really, these images need no explanation:

Ertz is a talented receiver, but that is absolutely terrible.