The Eagles introduce a new wordmark design for the team 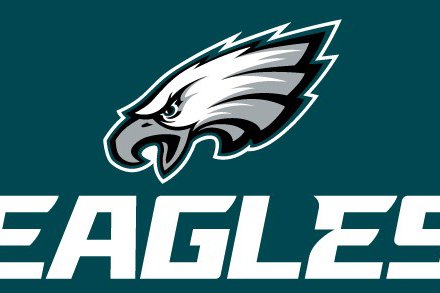 The new wordmark the Eagles are introducing.

Eagles fans obsess about logos and uniforms. The fan-favorite kelly green jerseys are returning as an alternate in 2023 while the midnight green look (my preferred Eagles scheme) remains the primary look. There is new logo-related news for the Birds, with the franchise introducing a new wordmark for the team, the organization announced on Thursday:

Here is what the team said about this new look:

As of TODAY (June 16, 2022), the Philadelphia Eagles will be adopting and implementing a new, refreshed wordmark. Moving forward, it should replace the old Eagles wordmark in all forms of media and public-facing materials but should not replace the “Eagles head” brand mark, which will continue to serve as the team’s primary logo.

Additionally, this information was made available:

The Philadelphia Eagles wordmark is our secondary logo, and is to be used when displayed alongside other NFL team wordmarks, uniforms, and merchandise. It is not to be altered in any way.

I'm not going to lie, I think it stinks. Is this really important in the grand scheme of things? No, but it's mid-June and Philadelphia is starved for anything related to football. When Eagles fans get any sort of news about the team, even if it's minutiae like logos and wordmarks, it's going to garner a response.

It feels retrofuturistic, the type of wordmark and font people in 1992 thought would be popular in the sports world come 30 years later. Those people were dead wrong. This is boring! The uniqueness goes away and it's as if it's just confirming to the generic vibes going around the NFL. I guess fans will always be hesitant to change, but what was wrong with what they had? I loved the "pointy" wordmark with drop shadow:

I want the old pointy one back, it looked like an eagle screamed it at me pic.twitter.com/oVzpluxRm1

At least they're not changing the logo itself. I know the midnight green look has its detractors, I've grown up with this eagle head logo and it defines the team for me.