Who will the Eagles draft at No. 15? Here's what the odds say 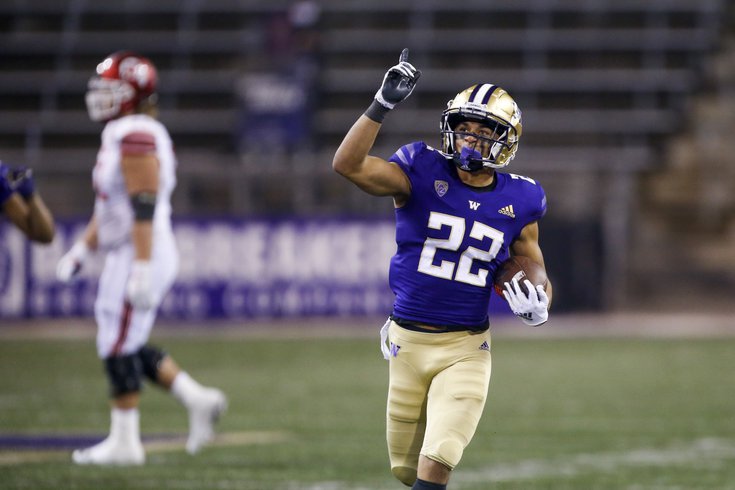 The NFL Draft is just over a month away, and with three first-round picks (10 in total), the Eagles have one of the more unique opportunities at improving their roster.

Up first will be the 15th overall selection, which the Eagles got from Miami in their moves up and down the board from last year's draft. Then they'll have pick No. 16 (thanks, Carson), and finally No. 19 (their own) three spots later.

First and foremost, you can check out Version 4.0 of Jimmy Kempski's Eagles mock draft. He has Pitt QB Kenny Pickett being taken with the pick, followed by Georgia defensive tackle Jordan Davis at 16, and Ohio State receiver Chris Olave at 19.

He also gathered up the predictions of draft analysts from various national outlets to give a broader idea of what the Eagles could do with picks 15, 16, and 19. When you have a list of needs to fulfill and numerous options to choose from, there are a lot of different scenarios that can play out.

Now how about where the money lies?

Bookies.com released odds projections for who the Eagles could take with the 15th overall pick come April 28. They are as follows:

The Eagles shored up their pass rush when they signed edge rusher and local product Haason Reddick to a three-year deal just over a week ago, but they can and probably should add another threat in the first round if there's one available. And, of course, Jalen Hurts can definitely use another weapon alongside DeVonta Smith.
But the cornerback position opposite of Darius Slay and the linebacking corps are major areas of improvement, so it makes sense that Trent McDuffie (cornerback) then Devin Lloyd and Nakobe Dean (both linebackers) have the highest buy-ins.
But remember, the Eagles pick back-to-back, so there's also a chance that one of these names can come off the board right after at No. 16 or might still be there by No. 19.
There's also the chance of a wild-card pick from the field. I wouldn't get my hopes up for a kicker or anything, but after all the rumors that flew around quarterbacks this offseason, I personally won't believe Jalen Hurts is the starter until he takes the first snap Week 1.