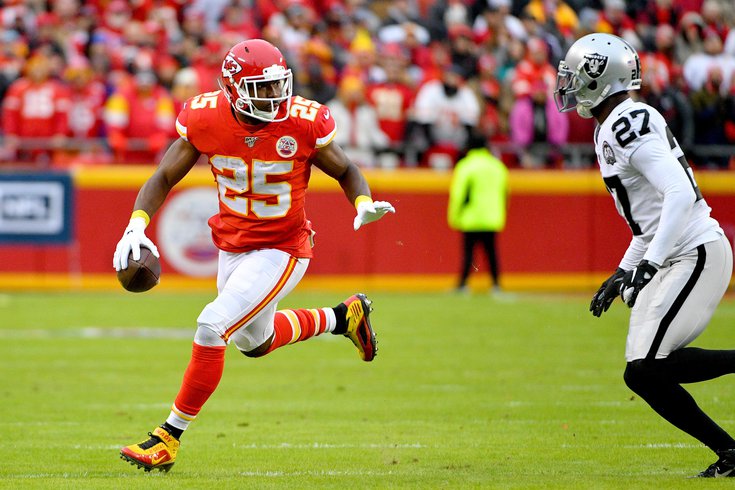 There's no super noteworthy Philadelphia Eagles news of late, but there are a bunch of smaller news items related to the Birds that are maybe worth covering in one shot here, so let's do that.

LeSean McCoy signs with the Buccaneers

The Eagles have shown interest in veteran running backs this offseason to back up Miles Sanders, most notably in Carlos Hyde, who signed with the Seahawks, and Devonta Freeman, who remains a free agent. It was also speculated that McCoy could be on the team's radar, because they have shown interest in him in recent years.

Instead, the 32-year old McCoy will join the "Over-The-Hill All Stars" in Tampa Bay. He'll make the veteran minimum.

The #Bucs are giving veteran RB LeSean McCoy the veteran minimum on a 1-year deal, which equals out to just over $1M, I’m told. A low-cost, low-risk option for Tom Brady’s offense.

Perhaps McCoy's veteran minimum contract will help Freeman see that a good contract isn't coming his way, and his asking price will come down to near-veteran minimum levels?

Nigel Bradham signs with the Saints

Bradham was a steady three-down linebacker in Jim Schwartz's scheme, but one who did not make many splash plays. In four years in Philly, Bradham only had 2 INTs, 3 forced fumbles, and 5 sacks.

His best season, by far, was in 2017, when the Eagles won the Super Bowl. His play fell off in 2018 and 2019, particularly in 2019, when he also missed four games with an ankle injury, and the Eagles didn't seem to have any interest in bringing him back.

The Eagles play the Saints Week 14. It will be interesting to see if Bradham is getting substantial playing time late in the season, and if so, how will the Eagles attack him.

Carson Wentz confirms he is beefier

On Tuesday, the Eagles posted video of Wentz arriving at team facilities, and many made the observation that Wentz may have done a bench press or two during the offseason.

Last offseason, Wentz showed up to offseason workouts looking leaner than he ever had, and he explained that he had changed his diet. On Thursday, Wentz confirmed that he has indeed been hitting the weights, which is something he would have been doing all along if he weren't recovering from an ACL tear in 2018 and broken back in 2019.

"The last couple of offseasons I was dealing with injuries, and trying to bounce back from injuries," he said. "This offseason I was really able to get after it, and work out a little harder in the gym. I haven’t gained anything insane, but I’ve definitely gained some weight, and I feel really good with where I’m, so I appreciate the compliment."

On a side note, please don't try to make "Walk it to 'em Wentz" a thing.

As per the NFL's Personal Conduct Policy, a player who is placed on the Commissioner Exempt List may not practice or attend games, but upon request and with the club's permission may be present at the club's facility on a reasonable basis for meetings, individual workouts, therapy and rehabilitation, and other permitted non-football activities.

Basically it's just a way to keep players from participating in games while the league decides on how they intend on handling these types of situations.

Baker was the third of three Giants first round picks in 2019. The Giants traded fourth- and fifth-round picks to move up from pick No. 37 to pick No. 30 to select him. They need him to be a good player. As a rookie, Baker played in all 16 games, starting 15, and he struggled, to say the least. According to pro-football-reference, opposing quarterbacks had a 116.2 quarterback rating when they targeted Baker, completing 54 of 88 pass attempts (61.4%) for 850 yards (9.7 YPA) and 6 TDs. His career is not off to a good start.

Meanwhile, Dunbar is a projected starter for the Seahawks, a team the Eagles have not been able to solve, and who are on their schedule once again in 2020.