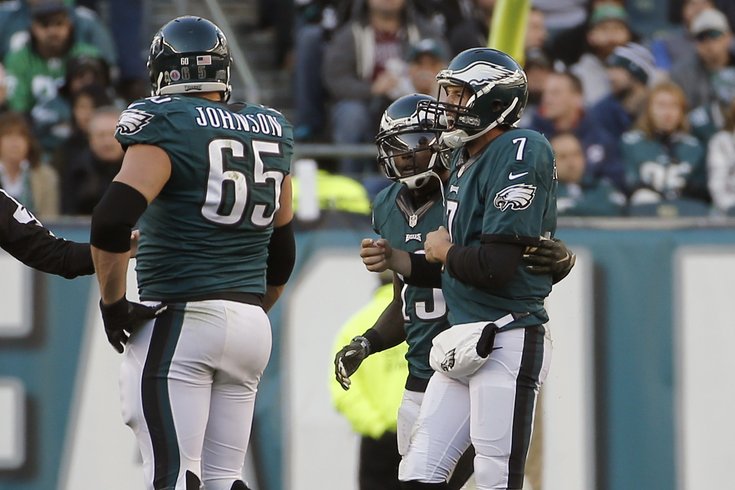 Philadelphia Eagles QB Sam Bradford is helped off the field against the Miami Dolphins.

Philadelphia Eagles quarterback Sam Bradford got off to his best start of the season Sunday against the Dolphins, but he won't be the one to finish the game.

Midway through the third quarter, Bradford was hit from behind by Dolphins LB Chris McCain, which forced a fumble that was recovered by the Eagles. But Bradford was slow to get up, and walked to the sideline while holding his left arm at his side as if it was in a sling.

A few minutes later, Bradford walked into the Eagles locker room with the team medical staff and was replaced by backup QB Mark Sanchez. The team said that he was taken in for X-rays, which came back negative, but the injury was significant enough to keep him out for the remainder of the game. It was later announced that Bradford suffered a concussion as well.

Prior to being injured, Bradford was 19-for-25 for 236 yards and a touchdown.

Eagles running back Ryan Mathews was injured a few plays later and according to the announcement in the press box, he is also out for the rest of the game with a concussion.