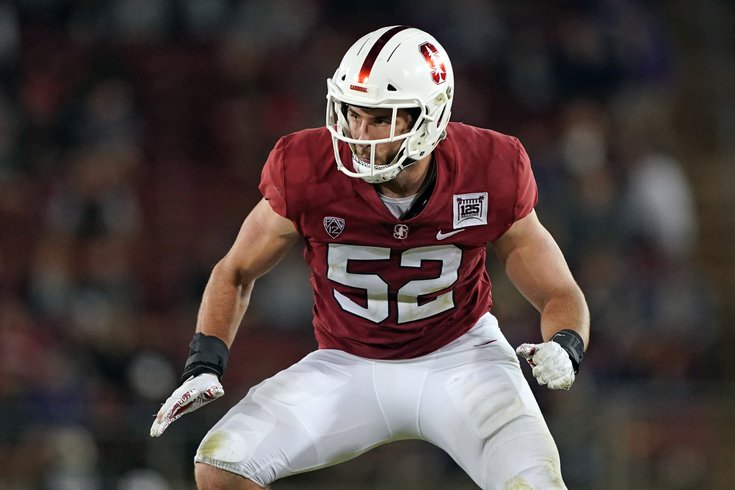 During this dead period of the offseason, we've been comparing each of the Eagles' rookies to current or former NFL players. Today we'll finish off the series with a look at seventh-round edge rusher Casey Toohill.

The comp we came up with for defensive end Toohill is former Eagles training camp great Eli Harold.

Probably bored on a Friday evening during the third week of training camp last year, Howie Roseman and Bills general manager Brandon Beane made a back-of-the-roster trade in which the Bills got UDFA OT Ryan Bates, while the Eagles got Harold.

Harold was selected in the third round of the 2015 NFL Draft by the 49ers. He played there for three years, before the Niners traded him to the Lions in 2018. During the 2019 offseason, Harold signed with the Bills, who then traded him to Philly. Harold had almost no chance of making the team, and after the Eagles cut him, he hasn't been on a roster since.

Their final seasons in college were also quite similar:

In college, Harold and Toohill both won with speed. In the NFL, however, everyone is fast, so you better have functional strength and good technique, or all that impressive athleticism will go to waste.

Because he was a third-round pick, Harold got early playing time, and his production, relative to his playing time, just wasn't good enough.

As a seventh-round pick, Toohill will have the chance to develop behind the scenes, and play if/when he's ready. I do applaud the low-cost athletic edge rusher strategy, by the way. It'll work with someone eventually.