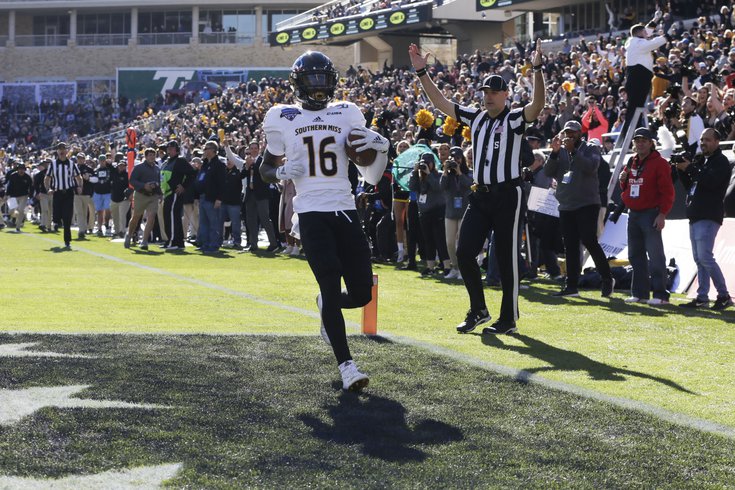 Quez Watkins is a Day 3 speed demon from a smaller school, like former Bears receiver Johnny Knox was.

During this dead period of the offseason, we've been comparing each of the Eagles' rookies to current or former NFL players. Today we'll take a look at sixth-round wide receiver Quez Watkins.

When we looked at John Hightower above, we found a semi-obscure comp in Steve Breaston. With Watkins, we came up with a similarly obscure receiver who played around the same time as Breaston in Bears speedster Johnny Knox. Remember him? First, a look at their measurables:

Knox was a promising young receiver and kick returner for the Bears, but his career was cut short when his back was bent backwards during a collision while diving for a fumble. He required immediate surgery to repair his spinal cord, and never played again. In the three seasons he did play, his numbers were very good:

Knox serves as an example of a Day 3 (fifth round) speed guy from a smaller school (Abilene Christian) who contributed immediately. Watkins, a Day 3 guy coming from Southern Mississippi, won't be expected to make an impact in the regular offense as a rookie, but it can happen.

Here's a highlight reel of Knox. Please excuse the poor quality (were we really that far behind technologically 10 years ago?) and weird music choice:

Obviously, you would expect to see Knox getting behind the defense for long touchdowns, but what really stood out was his ability to go up and high-point balls for a smaller receiver. You see some of the same from Watkins' highlights. In addition to being a speed guy, he also has some contested catch ability: