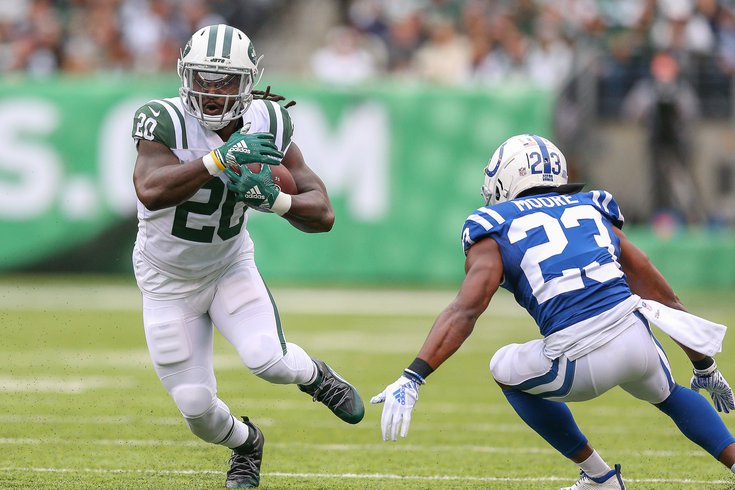 As the calendar flips to July, there are two ways at looking at things: 1) I can't believe 2020 is halfway over already, or 2) Dear Lord, 2020 is only halfway over?

In most past years, the majority of us would be taking the former, but 2020 has been unlike any year most can remember, and it feels almost never-ending. This time around, most are probably feeling the latter.

Hopefully, later this month, we'll get a boost when sports return despite a resurgent pandemic that is again threatening to force us all back inside our homes for an extended period of time. While the NFL is the furthest away from returning to game actions, they'll still begin training camps in a few short weeks and could provide a much-needed distraction from the constant reminders that something potentially deadly could be lurking right around the corner.

For now, however, all we can do is wait and hope that we can get COVID-19 back on the decline, both for the physical safety of everyone in the country, but also so that sports can proceed and we can at least some sense of normalcy back.

Of course, the NFL is never at a loss when it comes to news and rumors, even in what is currently one of the slowest points in the sport's calendar. And even during a pandemic-shortened offseason, there are plenty of takes to go around.

With that in mind, let's take a look at what they're saying about the Eagles...

As has been reported for much of the NFL offseason, the Eagles are in the market for a veteran backup running back to complement Miles Sanders. Our own Jimmy Kempski recently took a look at a trio of trade options at the position, but it's more likely the Birds will target a free agent, as there remain several capable rushers on the open market, including Devonta Freeman and LeSean McCoy.

But if the Eagles are looking for someone with a slightly different skillset than the guys they already have (i.e. a power back) then neither Freeman nor McCoy really fit the bill.

One guy who does, however, is former Browns and Jets running back Isaiah Crowell, a guy Kempski viewed as a good fit over two months ago and who remains unsigned after missing all of the 2019 season with a torn ACL. Recently, NJ.com's Mike Kaye also pointed to Crowell as his top option "bargain-bin" option, along with others like Theo Riddick.

Now, Benjamin Solak of Bleeding Green is hopping on the Crowell train, and thinks a low-risk signing like Crowell might be the Eagles safest bet:

Now, neither Devonta Freeman nor LeSean McCoy is that power back type. But Isaiah Crowell is. He’s a veteran, but still relatively young, and has been a quality power back across the course of his six year career in the NFL. Originally drafted by the Browns in 2014, Crowell has never had a 1,000 yard season, but has also never put out less than 600 yards in a campaign. In each of his last three seasons, Crowell has averaged over 4 yards/carry and over 11 attempts/game, while also still offering a receiving option, with 44 targets per season.

Crowell was meant to join rookie Josh Jacobs in the Las Vegas backfield in 2019, but tore his Achilles during preseason workouts and never saw a snap. Of course, Jacobs ended up delivering on his draft capital and turning high volume into a great rookie season, so the Raiders didn’t need Crowell back this year. He still sits on the free agent market, as many injured players have, waiting for a contract.

Crowell is good enough to hang on the Eagles’ roster above all players but Sanders and take RB2 touches. He brings a skill set that the Eagles’ room doesn’t have, but which the coaching staff has typically wanted in the building. With a late contract coming off his injury, Crowell also represents a low-cost and low-risk option that, if unhealthy, won’t set the Eagles’ room far back.  [bleedinggreennation.com]

Sticking with the running back position, Daniel Gallen of PennLive.com took a look at the current stable of backs and laid out their strengths, weaknesses and more heading into the 2020 season. And he came away with the same realization as many others: they need more.

Currently, the Eagles don't have a running back over 25 years old. Here's a look at their depth chart as it stands now:

And while their youth is a good thing in terms of trying to keep them all healthy, it would be nice to have a veteran presence in the room — not to mention a guy who is a more traditional north-south runner with some experience. Here's a look at some of what Gallen had to say about the Birds rushers:

A year ago, the Eagles had Jordan Howard, Darren Sproles, Sanders and Clement on their Week 1 roster. That’s a much more proven group than what the Eagles enter 2020 training camp with (though there were injury questions for Sproles and Clement a year ago). Is Sanders, Scott and some combination of the other four running backs enough for the Eagles? Pederson has rotated running backs frequently during his tenure, but Sanders could be in line to receive a heavy workload in 2020.

Sanders’ emergence last season was enough to make this position a strength, while Scott’s ascension from the practice squad to key performer was one of the better roster stories a year ago. But Clement enters the season with plenty to prove, and the Eagles might have to choose between a proven veteran and young potential for the final spot here. The addition of a LeSean McCoy or Devonta Freeman would be interesting, but right now, the future of this position depends on Sanders building on his rookie year.  [pennlive.com]

Louder for the people in the back

Ever since that list of NFL head coach rankings came out earlier in the week, it seems like it's been all Eagles fans have been talking about. And not just fans, but media members and former players as well.

Former Eagles linebacker and his of FS1's Speak For Yourself Emmanuel Acho never played for Pederson, but he came to the defense of the Eagles coach during a recent segment.

After all, this is a head coach who has led the Eagles to three consecutive playoff berths despite staggering injuries. And in 2017, he led them to the franchise’s first Super Bowl win despite injuries to several key players, including Carson Wentz, who was likely the league’s MVP.

But he was still ninth on this list and former Eagle Emmanuel Acho was having none of that on FS1’s Speak for Yourself.

"To have Doug Pederson at number 9 behind guys that haven’t even won Super Bowls before in Shanahan and McVay is absolutely ludicrous."@EmmanuelAcho tells you why pic.twitter.com/LPwwyo69qp

Most of the things Acho says in the video are things Eagles fans already know about. But they are things that he wanted FS1’s national audience to realize. Pederson really is one of the best coaches in the NFL and he deserves to have his name closer to the top of the list.  [nbcsports.com]

With no actual sports, debate shows are running out of things to discuss (see the above section) and they've now circled back to topics from several months ago, specifically the Eagles decision to draft quarterback Jalen Hurts in the second round of the draft.

Max Kellerman believes this created an instant QB controversy for the Birds, but Ryan Clark was there to put him back in his place in an extremely efficient way...

On Wednesday's First Take, the panel discussed the Philadelphia Eagles' quarterback situation. Max Kellerman claimed the team already had a quarterback controversy and that Jalen Hurts was drafted because the franchise isn't sold on Carson Wentz. Ryan Clark shut him down in absolutely epic fashion.

Check out what Clark's response:

.@Realrclark25 went OFF after Max claimed Carson Wentz will be dealing with QB controversy again this season. pic.twitter.com/jWQB646Iky

That was a thorough, thoughtful, informed takedown of the highest order.  [thebiglead.com]

At least he's got a ring?

Previously, we reported on former Eagles running back and Super Bowl champion Jay Ajayi's foray into esports, where he was representing the Philadelphia Union in a FIFA league called the eMLS Cup.

He was representing the Philadelphia Union in the “eMLS Cup,” which is a FIFA competition where each team has a professional player compete for the title. The Union decided to punt the entire thing and instead bring in Ajayi as a clever publicity stunt, and he struggled over the course of 24 games, finishing with zero wins and 24 losses. He scored 17 goals and conceded 143, good for a goal differential of -126.

This weekend, the top half of the table was put into a bracket to battle it for the top prize, and the bottom half took part in what was called a “last chance qualifier,” which gave them an opportunity to sneak in as an underdog.  [crossingbroad.com]

Unfortunately, Ajayi lost that "last-chance qualifier" game 3-0, dropping him to 0-25 on the season with a -129 goal differential. Yikes.