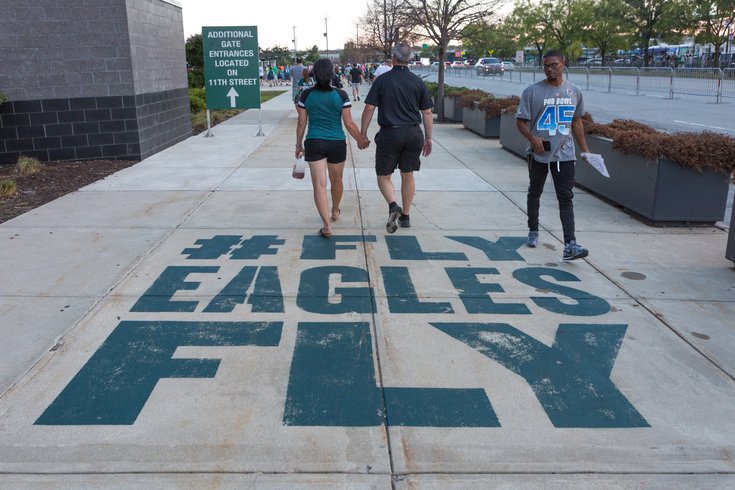 Philadelphia Eagles fans will return to Lincoln Financial Field at full capacity for the 2021 season. Single-game ticket sales begin on Wednesday, June 2 at 10 a.m. through Ticketmaster.

Eagles fans were largely spared the abuse of watching the team flounder to a 4-11-1 record last season, a campaign that got the head coach fired and the franchise quarterback shipped out of town.

But it's fair to wonder whether the home field advantage at the Linc would have helped them to a few more victories last year.

With COVID-19 restrictions on track to be fully lifted next month, there's a clear path ahead for Eagles fans to return to Lincoln Financial Field in full force for the 2021 season. The team announced the single-game tickets for all 10 home games, including two preseason games, will officially go on sale next Wednesday, June 2, at 10 a.m.

Fans can purchase tickets through Ticketmaster, with a four-ticket limit per household due to high demand.

For those extra eager to see the team in action, the Eagles also will be selling tickets to their two open public practices on Sunday, Aug. 8 at 7 p.m. and Sunday, Aug. 22 at 7 p.m. General admission tickets to both practices will be $10 apiece, while VIP tickets with an on-field experience will go for $25 each. All proceeds from public practice tickets benefit the Eagles Autism Foundation.

The 2021 season has plenty of intrigue, even with the Eagles in the midst of a rebuild. Will Jalen Hurts prove himself a viable starting quarterback? Will rookie DeVonta Smith's Heisman-winning talent translate to the NFL? How will first-time head coach Nick Sirianni and his staff fare in their debut season?

It's a new era in Eagles football, and getting fans back in the stands after the hardships of the last year will be a welcome sight in South Philadelphia.