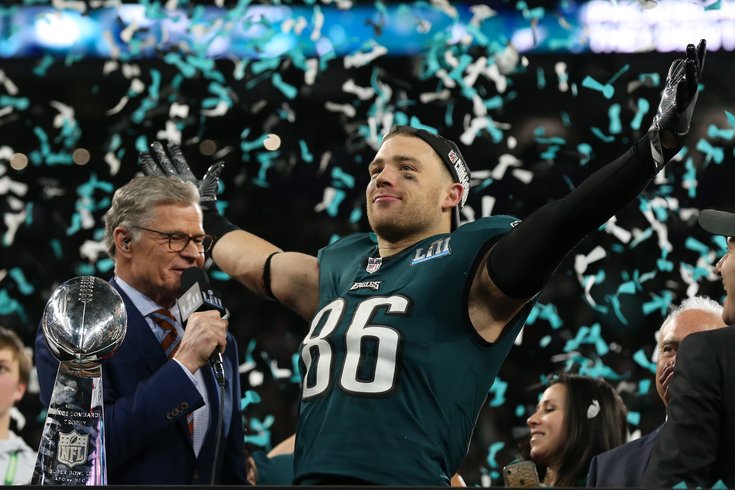 Tuesday, a day after the Eagles had their traditional White House visit revoked by President Donald Trump, FOX News aired misleading footage of several Eagles' players kneeling in prayer, alluding to the fact that they were kneeling for the National Anthem.

One of those players (players who never knelt for a single anthem) was Zach Ertz, who was gracious and understanding in the wake of a crazy 24 hours in Eagles nation.

This can’t be serious.... Praying before games with my teammates, well before the anthem, is being used for your propaganda?! Just sad, I feel like you guys should have to be better than this... https://t.co/kYeyH2zXdK

"I don’t need an apology," Ertz said, although FOX News did attempt to walk back their decision to air the footage. "I just hope as media members, people should try and get the facts right and not try and skew it one way or the other. … When I make a mistake on the football field, I learn from it and get better and that’s what I hope everyone does."

Ertz considers himself not to be political at all, and told media members that he had not decided whether or not to attend the South Lawn ceremony before the news broke of the White House event being cancelled Monday.

Which is why it was a little odd to see his picture on FOX News the following morning.

"It was surprising," the tight end said. "I was disappointed a little, obviously, but at the same time, I'm not there to judge them by any means. I just go about my day. I feel like our community right now is either on one side or the other and in my opinion our country should be trying to build up everyone. It's not my job to beat down my opinion over anyone else and vice versa."

Ertz was asked if he was angry, or wanted to pursue any kind of legal action to which he replied: "In terms of a defamation lawsuit, I did not consider it."

Contrary to what may be portrayed, or speculated outside the Eagles locker room, there is no conflict or turmoil due to the seemingly constant political attention paid to the Super Bowl LII champions.

"In this nation right now there are a lot of people trying to make their opinions felt" Ertz said. "They want to make you think their opinions are right. People may view this as dissension amongst ourselves but everyone was treated with respect throughout his entire process — even last year, when Malcolm [Jenkins] put his fist up during the anthem, no one question him."