Roxborough science teacher: Insects could be next big food group 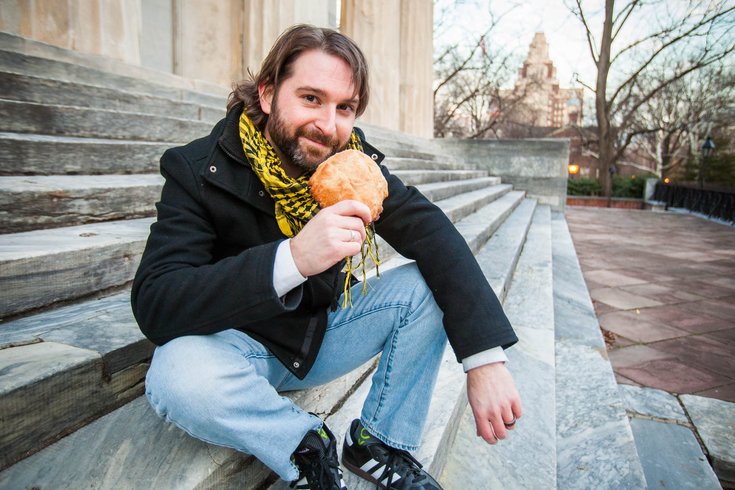 Addison Lilholt, science teacher and author, explained he feels the future of eating bugs will be easier to stomach with products like cricket flour, which he used to bake this loaf of bread.

Addison Lilholt, a science teacher at Green Woods Charter School in Roxborough, was preparing to teach a unit about agriculture when, in his research ventures, he stumbled upon a 2013 report from the Food and Agriculture Organization examining the viability of bugs as a food source. The gist of the argument: By 2050, the world will have 2.3 billion more mouths to feed, require an increase of 70 percent in food production and demand an additional 200 million tonnes of meat.

That, Lilholt instantly thought, was too lofty to be sustainable -- or environmentally friendly. It became even more confusing when he took a gander at the quintillions of insects in the world left uneaten.

“I’d say [bugs are] an untapped resource. There are so many insects on earth and, by mass, there are more insects on earth than people. They’re really the ones running the planet here," Lilholt, 30, told PhillyVoice. "There are so many opportunities with insects, and now I think people are starting to see, ‘Wait a minute, you can eat them, and they’re not necessarily bad.’

In 2013, he launched his BugYum public awareness brand, which not only advocates for bugs as an additional human food source, but demonstrates how they can be, well, yummy. Upon meeting Lilholt, he whips out bowls of seasoned mealworms and crickets -- a crunchy, not gutsy, bite -- in the same hospitable way your mother would lay out a bowl of chips. 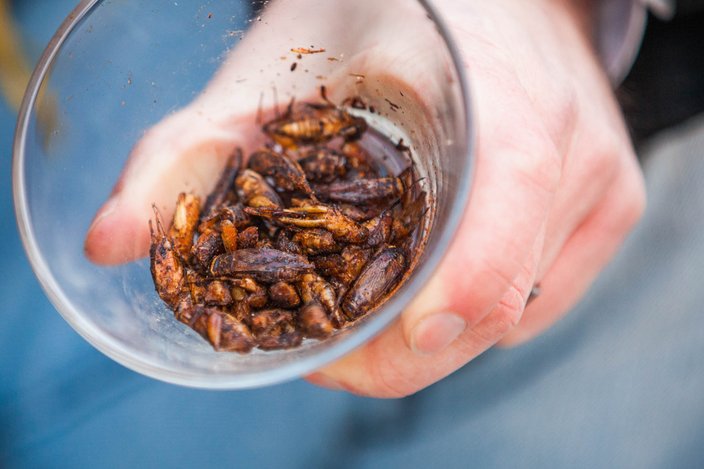 "It’s all about getting past what they look like, because, let’s be honest, they look like bugs," Lilholt said. "They have antennae and feet – sometimes lots of feet. But sometimes no feet."

The gross factor, he said, tends to be his biggest obstacle -- but not one that he feels is insurmountable, especially looking at cultures in places like Thailand that have eaten insects for centuries. Or, even in our own culture, how we've adapted to many seafoods.

"In California, with sushi, in the mid-20th-century, we saw sushi come over from Japan, and at first, everybody said, ‘You’re serving this to me raw? Why didn’t you cook it?’" he said. "And only 50, 65 years later did you see sushi in, I’d say, almost every food retailer in America.”

The BugYum team hopes to accomplish the same transition with bugs. The group consists of Lilholt, a Burlington County native, and chefs Julianne Lilholt (his sister) and Tony Trujillo as recipe consultants.

Notably, Lilholt will release a 52-episode video series later this year that's equal parts Ina Garten's "Barefoot Contessa" and Anthony Bourdain's "Parts Unknown"; he plans to stream the show on Amazon Prime, Netflix and Roku by the end of the summer. 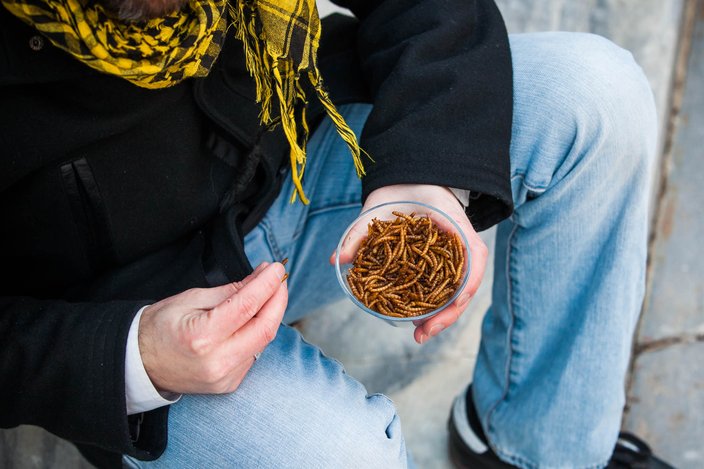 "Each show features a specific type of bug or dish, and for certain shows, it’s going to be paired with certain beverages," Lilholt said, explaining his mostly South Jersey-shot show. "And we also have some breweries that want to be involved on this. They want to pair -- not brew -- their beer, craft beer, with the insects."

To complement that, he'll also put out the book "Drinking with Bugs," self-published through Lulu.com, later this year as a resource for pairing bugs with beverages. The plan is to emphasize flavors and beverage pairings, he said, to make the bugs more palatable to a general audience.

“I’m compiling a list that is probably the largest list of this nature in the world, but it's an insect flavor profile and suggested drink pairing list that tells you the insect by its common name and tells you what it tastes like and what to pair it with as far as beverages are concerned," he said. "For example, ant eggs, which are an extreme delicacy and very expensive. You can get a tin for $50 -- it's like caviar. They’re buttery, nutty and subtle.

"And they go really well with an oatmeal stout.”

His hope is that small grocery stores, like Weavers Way Co-Op (already selling cricket protein bars, by the way) will stock bugs and start a chain reaction so that larger, regional grocers like Acme will slowly start to take notice. Realistically, he said, that movement would likely begin with crackers and bread baked using pulverized insects, like cricket flour. 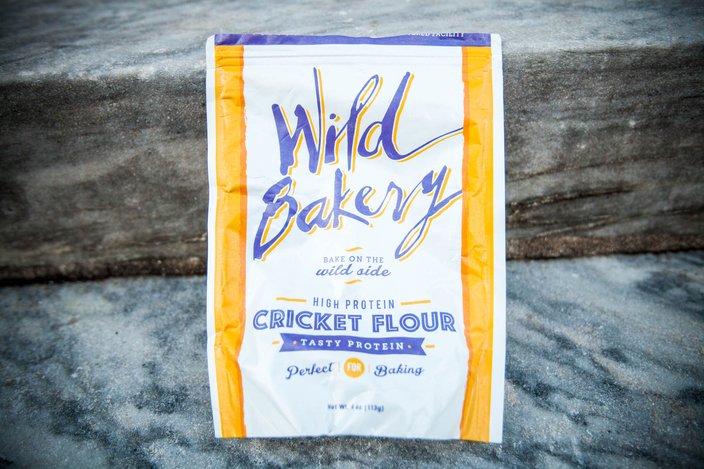 A bag of cricket flour.

There's also the matter of health benefits, which he thinks will be helpful in convincing people to at least give bugs a try.

"Everybody knows insects have lots of protein, but they also have calcium," Lilholt said. "Crickets, in particular, have lots of calcium. So, let’s say you’re lactose intolerant: This is a new way to get calcium into your diet, and you can eat this bread [made with cricket flour] and have enough in there, you’re getting the calcium.

"I'm not saying crickets are milk because they're not even close, but there is a lot of calcium."

All said, it's not lost on Lilholt, who has done educational demonstrations at GreenFest and The Franklin Institute, that not everyone will be won over by bugs. But Philadelphia, with its growing food culture and openness to new foods, he said, is an ideal scene for making inroads with bug-eating.

Because, he explained, not everyone needs to take to insect-eating for it to make a difference in the world. He just wants to educate those who will be interested.

"But lots of other people do.”