In April, a portion of its sales will go to Children of Restaurant Employees 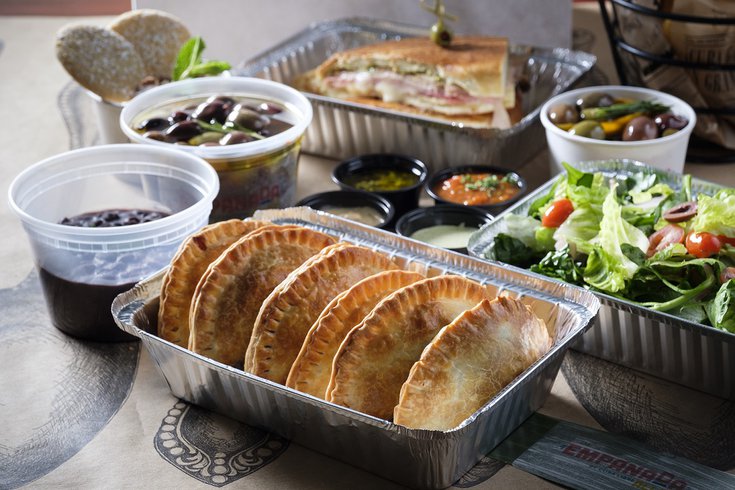 The second restaurant concept from the owners of Cuba Libre brings freshly-baked savory and sweet empanadas to your door.

Cuba Libre in Old City has opened a ghost kitchen, Empanada Alley, that delivers freshly-baked empanadas to your door.

RELATED: Bok Bar's 2021 season will be its longest ever | Charlie was a sinner. updates menu with 15 new springtime cocktails

The flavors are inspired by chef Guillermo Pernot's travels to Cuba.

Each empanada is $5. In April, a portion of sales – $1 from each order of $15 or more – will go to Children of Restaurant Employees. Also, April 8 is National Empanada Day.

Delivery is available within a 5-mile radius of Old City. Orders can be placed online.

"(Empanada Alley) is a pivot that we thought made sense in order to bring back more of our employees who were laid off due to the COVID-19 restrictions that limit indoor dining," said Barry Gutin, Cuba Libre's co-founder. "It's not fast food, it's not pizza, but it's affordable 'real' food composed by our award-winning chef."

The concept is launching first in Philadelphia, with plans to expand to Washington, D.C., soon.

"We see this as an ongoing venture, even after the pandemic is over, and plan to establish outlets around the country, independent of Cuba Libre locations," Gutin said.

In addition to Philly and D.C., Cuba Libre has restaurants in Atlantic City, Orlando and, most recently, Fort Lauderdale, Florida.