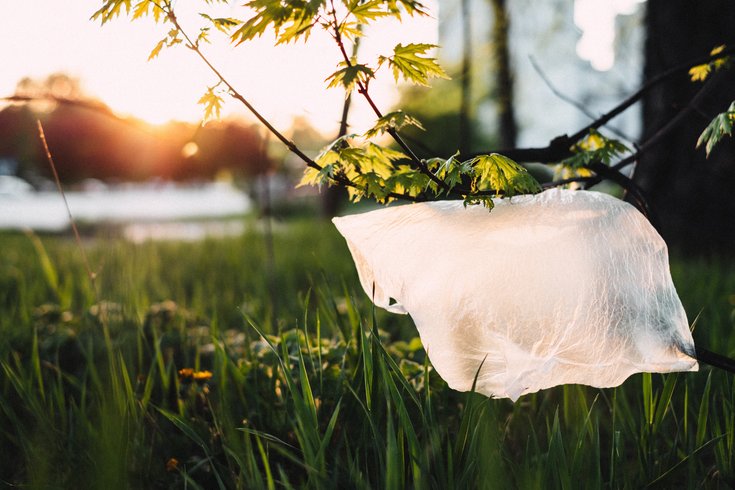 A plastic bag hangs on a tree branch.

A new bill in New Jersey could cost you 5 cents for every plastic, or paper, bag you receive in stores.

The bill flew through the legislature and is expected to ultimately pass, pending Governor Phil Murphy's sign-off on the measure. If passed, it could generate as much as $23 million for the state.

The votes were 23-16 in the Senate and 41-32 in the Assembly, NorthJersey.com reported.

The bill details that stores would get 1 cent of the fee, while the other 4 cents would go toward a fund for lead abatement in schools and communities, as well as other public-information programs.

But some environmentalists are opposed to the bill, as it would prevent cities and towns from enacting any kind of future restrictions, including a ban of bags entirely, NorthJersey.com reported.

The bill says the measure would "supersede" and "preempt" municipal and county rules, regulations, codes and ordinances surrounding any of these carryout, single-use bags. Translation: There is no room for local change on this moving forward.

Various boroughs and townships in New Jersey have already passed legislation on this issue or are working on pending legislation at this time.

If Murphy signs, the bill will go into effect beginning Oct. 1. Any preexisting regulations would be grandfathered into this system at that time.