Ex-Sixer, Owl Aaron McKie giving back to Philly in a big way

Aaron McKie's role on the 2001 Philadelphia 76ers team that won the Eastern Conference is often overlooked. It's not his fault. He was the sixth man playing alongside a future Hall of Famer who, despite his sub-six-foot frame, cast quite a shadow.

But don't get it twisted. McKie, who spent seven and a half seasons with the Sixers and was named the NBA's sixth man of the year in 2001, played a pivotal role during their run. Just listen to that aforementioned Hall of Famer, Allen Iverson, talk about his former teammate.

Sure, Iverson means a lot more to the Sixers organization than McKie, but the former Temple star and Philadelphia native is in the midst of (literally) cementing his legacy in the city and community that raised him.

Now an assistant on Fran Dunphy's Temple staff, McKie penned an essay on Wednesday for Sports Illustrated's Campus Rush. In it, the Simon Gratz grad talked about how he is helping Philadelphia Youth Basketball (PYB)build a $25-million, 120,000 square foot community center, not far from his old neighborhood, on the Logan Triangle in North Philly.

McKie credits much of his success to the fact that he grew up next to Belfield Recreation Center -- McKie said he "practically lived there when I wasn't at home or school."

Now, however, these kinds of recreation centers -- largely due to a lack of funding -- are either closed down or desperately in need of repair.

Walking through Belfield and my old neighborhood today brings back so many great memories. Having a place to go in my neighborhood kept me straight, kept me out of trouble. The guys smoking and dealing drugs would leave us alone. They stayed in their area and we stayed in ours. Since I was an athlete I was protected and nobody bothered me.

Today there aren't many community centers like this in Philadelphia and other major cities. That's one of the many reasons why I'm so committed to working with Philadelphia Youth Basketball (PYB) to guide kids and keep them off the streets. We're in the process of building a large multi-purpose community center on the Logan Triangle that will serve the entire city. The PYB center will give kids a safe haven, hope and mentors who can steer them on the right path.  [campusrush.com]

If you're not familiar with the area, here's a look where exactly the Logan Triangle is located: 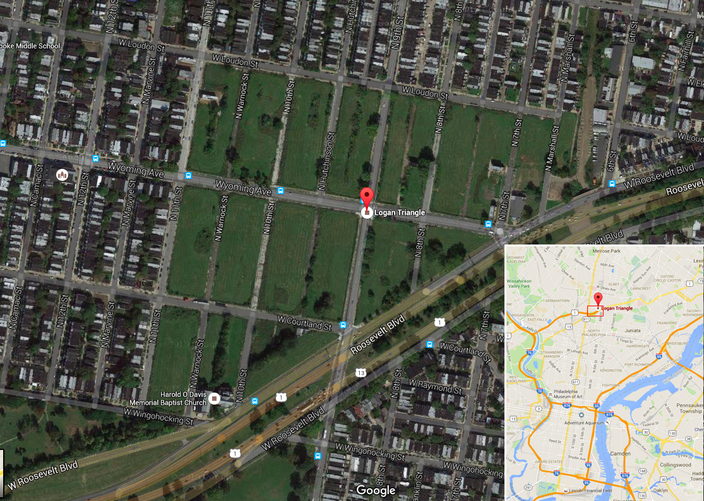 Temple's sixth all-time leading scorer (1,650 points), McKie was the first in his family to graduate college. And he's hoping the arrival of this community center will help the city's youth follow a similar path to his own.

But this won't just be a gym and fitness center. According to McKie, it's going to be much more than that.

Philadelphia is a tough place right now and kids today need guidance and a safe haven more than ever. Without places to go, without role models to set a good example, neighborhoods can become war zones and it's too easy for kids to go down the wrong path. I had a few father figures to make sure I didn't end up a statistic and now it's our responsibility to pay it forward.

The $25 million, state-of-the-art community center in North Philadelphia will do that. The 120,000 square foot facility will have eight indoor and eight outdoor basketball courts; a health and wellness wing with healthy foods, strength straining, a counselor and rehabilitation center; and an education wing complete with classrooms, a computer lab and a library.

This world-class youth center is what Philadelphia needs right now and I'm very excited to be a part of it. The city has given me so much—basketball, family, life—and I'm very proud to be able to give back.  [campusrush.com]

You can also donate to Philadelphia Youth Basketball by clicking here.