Short, intense workouts may be a better exercise option for teens

Most youth do not get the recommended amount of physical activity. New research offers a potential solution 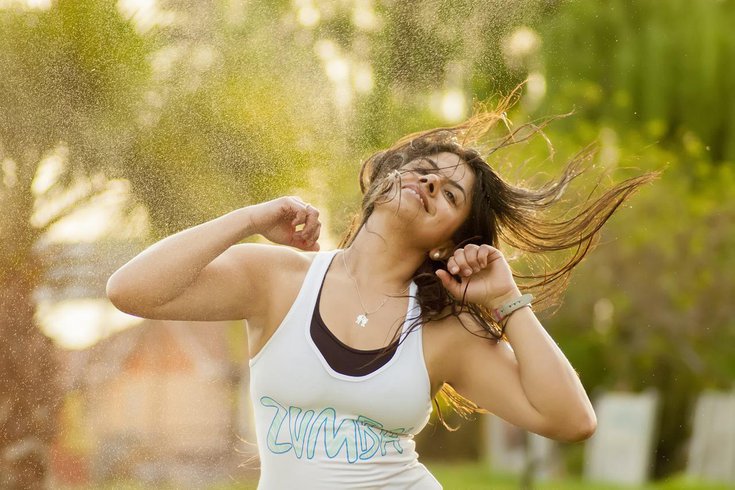 Only 23.2% of U.S. adolescents are meeting current recommendations for daily exercise, a 2019 teen survey shows. And this rate has been decreasing for longer than a decade.

Though it is widely known that exercise provides physical and mental health benefits, it's not always easy for young people to fit it into their days.

Only in 1 in 5 teenagers get the 60 minutes of moderate-to-vigorous physical activity each day recommended by the World Health Organization. But a new study published in Pediatrics offers a practical solution for teens on a time crunch: shorter, more intense workouts.

The study found that cardiorespiratory fitness – the ability of the body to process oxygen – improved with longer durations of vigorous exercise up until 20 minutes per day. At that point, fitness benefits began to plateau. But the researchers also found that moderate exercise was not linked to cardiorespiratory benefits.

"A shorter target of 20 minutes might be easier to schedule daily and a focus on vigorous physical activity would simplify messages about the intensity of activity that is likely to improve cardiorespiratory fitness," the researchers wrote.

Physical activity and cardiorespiratory fitness have been shown to reduce the risk of obesity, diabetes, hypertension, cardiovascular disease, poor mental health and all-cause mortality. Cardiorespiratory fitness is most commonly measured by a VO2 max test. The higher the VO2 max number, the better the body is able to deliver oxygen to the body.

Other studies also have shown that regular, brief vigorous physical activity can improve health markers, including cardiorespiratory fitness. One study found that 15 minutes of vigorous activity improved both cardiorespiratory fitness and glycemic control in adults. Another study found the sweet spot for reducing heart disease risk among adults was 40 minutes a week of vigorous activity – the equivalent to 14 hours a week of moderate activity.

Clearer public health messaging on how to improve cardiorespiratory fitness in teens is needed considering that most fail to meet the current exercise recommendations, the researchers of the most recent study said.

"Given the worsening cardiorespiratory fitness of children and adolescents, recommendations about the intensity and duration of physical activity required to reverse this trend are urgently needed and should be based on robust evidence," the researchers wrote.

"Physical activity counseling can be a challenging aspect of pediatric care," Drs. Michele LaBotz and Sarah Hoffman, of Tufts University, wrote in a related editorial. "Although a 2020 clinical report by the American Academy of Pediatrics emphasizes the value of clinical physical activity counseling, it acknowledges the difficulty of the task, and the lack of data regarding effective strategies."

Many families and teens feel that meeting current exercise recommendations are "unattainable," they added. The 2019 Youth Risk Behavior Survey found that only 23.2% of U.S. adolescents reported levels of activity that meet current recommendations. And this rate has been decreasing for more than a decade.

Teens need to be educated on what constitutes a vigorous activity, Labotz and Hoffman wrote. The activity must make them sweat and turn their faces red. They should become short of breath and struggle to talk.

The latest study involved 339 teens ages 13-14 enrolled at two schools in the United Kingdom. Data was collected during physical education lessons run by the schools during the 2018-19 and 2019-20 academic years.

Cardiorespiratory fitness was measured using the 20-meter shuttle run test and recorded as the total number of completed shuttles. The teens were provided with a small, triaxial wrist-worn accelerometer which they were required to wear for seven consecutive days.

The researchers acknowledged some limitations of the study. It was not clear whether health-related measures that they did not study would improve with lower intensities of physical activity. And the study was not designed to prove direct causation, but merely an association, with long-term health outcomes.