Could certain foods be triggering your migraines? The answer is complicated

Each person's triggers are unique, making research into the underlying causes difficult 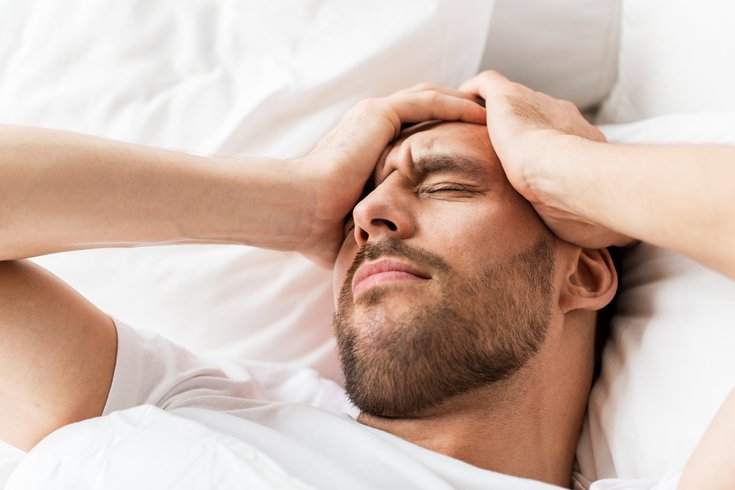 Migraines are difficult to prevent because each person's triggers are unique, a factor that also makes researching their causes difficult. According to the Migraine Research Foundation, there is no universal trigger.

Identifying the root cause of head pain isn't always easy. Migraine sufferers are often advised to keep a diary of their migraines' frequency, severity, duration, location of pain and possible triggers.

Many migraine sufferers point to at least one food as a possible trigger. Though scientists say there isn't enough evidence to recommend any particular "migraine diet," some foods may exacerbate the condition.

A migraine is a headache of moderate or severe intensity that can last up to three days. Symptoms include a throbbing pain that typically starts on one side of the head, sensitivity to light and sound, and nausea or vomiting. Physical activity tends to worsen the pain.

Migraines are difficult to prevent because each person's triggers are unique, a factor that also makes research into their underlying causes challenging. According to the Migraine Research Foundation, there is no universal migraine trigger.

Possible food triggers include foods with high levels of sodium nitrates and nitrates. These include processed meats such as hot dogs, bacon and lunch meats, aged cheeses and other dairy products, alcohol, chocolate, coffee, tea and diet soda.

Foods that contain monosodium glutamate, or MSG, also may be a trigger. The food additive can be found in broths, soups, processed foods, salad dressings and frozen foods.

"People with migraines tend to get worse hangovers from any type of alcohol," Dr. Robert Daroff, a former president of the American Headache Society, told Everyday Health. "Alcohol will also trigger a headache in someone going through a period of cluster headaches."

A 2019 study found that red wine was the most common migraine trigger among alcoholic beverages.

But not all research supports the idea of alcohol being a trigger. One study found no correlation between alcohol consumption and migraine attacks. The researchers, however, did find a correlation to stress.

This is emblematic of the inconclusive research on food triggers.

While chocolate is considered a known trigger, some research has suggested that it doesn't trigger a migraine attack, instead suggesting people tend to crave chocolate just before or during a migraine.

In another study, participants were asked to either follow a diet that eliminated known food triggers or one that included these food triggers. Migraine symptoms improved on both diets. This suggests that following a scheduled diet is most effective, the researchers said.

Another study found just one significant difference in the consumption patterns when comparing a group of migraine patients who reported avoiding at least one potential food trigger to a control group. The one difference? The migraine group avoided citrus fruit.

Migraine sufferers often are frustrated by the inconsistency in which suspected and proven triggers lead to an attack, Drs. Merle L. Diamond and Dawn A. Marcus wrote in an article for the American Migraine Foundation. Food triggers appear to only affect a small majority of migraine sufferers.

The best way to prevent possible chemical triggers in food is to stick as close as possible to a fresh and unprocessed diet, they wrote. They also suggested eating these foods in small portions throughout the day to avoid pain induced by hunger or an overload of chemicals.

"There are many provokers for migraine, such as hormone changes, stress, and, while some believe, specific foods," Diamond and Marcus wrote. "Perhaps a better way to consider food specific triggers is the acceptance that when patients are at risk for migraine attacks, many factors may tip the scale in favor of a migraine including a particular food."

Diet is just one piece of the bigger puzzle, many migraine experts say. Trying an elimination diet, in which food allergies and sensitivities are isolated out, may help people better understand the triggers of their migraine attacks.

There are other lifestyle changes that can be made, too – eating a healthier diet, getting plenty of exercise and sleep and taking frequent breaks from screens. Stress-busting techniques, such as yoga, mindfulness and meditation, also can help.

For some migraine sufferers, vitamin and mineral supplement may help. Studies have shown that people with migraines are more likely to have low levels of vitamin B12, vitamin D and magnesium.

About 4 of 5 people with migraines have a family history of them, suggesting a genetic factor, according to the Cleveland Clinic.