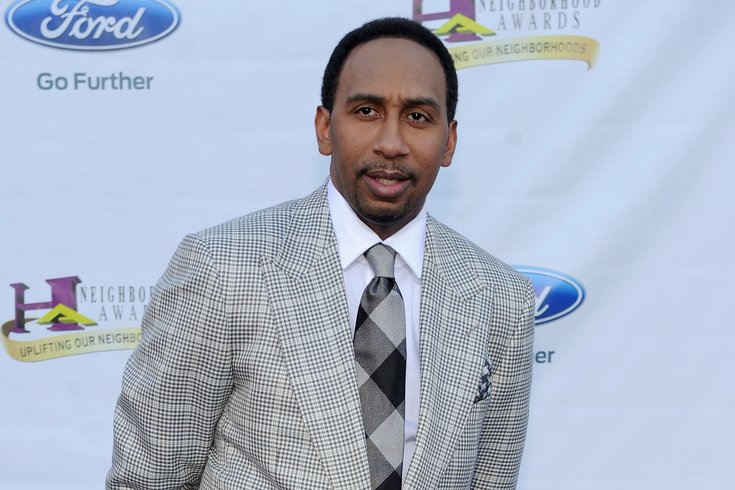 As a writer who is comparatively new to this wild game of journalism, I'm always eager to hone my craft. Part of that is learning from the best. And the best, obviously, is the great Stephen A. Smith.

What I'm about to say is a bit of a confession -- I stalk Stephen A. Smith.

Seriously. I follow him everywhere. Literally everywhere. There. I said it. And really, I'm not that ashamed, because the reality is that if you have the chance to stalk Stephen A. Smith, and you don't, you're just wasting an opportunity to become a better journalist. A better professional. A better man.

Now, I know what you're thinking. It may seem unlikely that Stephen A. would just happen to run into several Eagles players while wandering aimlessly in the city, especially since most of them don't even live in the city itself. It may also seem unlikely that if Eagles players did happen to spot Stephen A. Smith, they would seek him out to complain about their coach instead of just enjoying a rare sliver of free time they have during the grind of the football season. And finally, it may seem unlikely that the player would seek out the reporter, instead of the other way around.

But it happened, and I can account for every last conversation Stephen A. had with Eagles players during his stroll across Philly, because I was following him.

9:00 a.m.: Stephen A. stops to feed the ducks by the Liberty Bell with Cedric Thornton

In the morning, as he always does, Stephen A. stopped to pay homage to America at the Liberty Bell, where Cedric Thronton was feeding some ducks on his day off. "Sit down and join me, Stephen A.," said Thornton. After Stephen A. and Thornton exchanged pleasantries, Thornton said, "Coach is really testing me, Stephen A. He makes us wear sleep monitors and we're forced to drink smoothies. America is supposed to be the land of the free and home of the brave. But is it really, Stephen A.? Is it really?"

After grabbing a cup of coffee, Stephen A. jogged the steps of the Art Museum, where he ran into Darren Sproles, who was feeling down. "What's wrong, Darren?" asked Stephen A. "Stephen A., I feel like Rocky after Mickey died. I'm a man without a coach. Mickey could relate to Rocky. Remember when Mickey said, 'Get up you sonofabitch, cause Mickey loves ya?' Chip has never said that to me, which makes me sad." 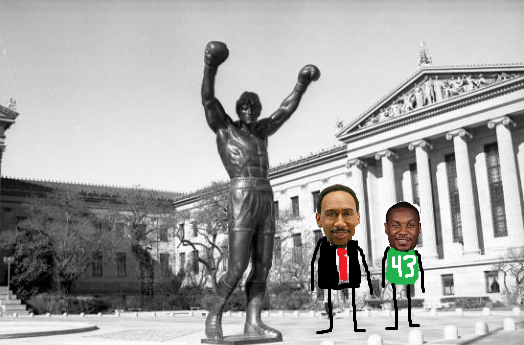 Next, Stephen A. wandered into West Philly, where he happened upon Dennis Kelly playing double-dutch with some of the local children. "Hey Stephen A.! Get over here, you old sailor, you!" bellowed Kelly. So Stephen A. did, hopping into the double-dutch game seamlessly while turning on his recorder. "Stephen A.," explained Kelly, "I've actually thought about changing my last name. I don't want to share the last name of someone who can't relate to me."

3:00 p.m.: Stephen A. skateboards at Love Park with Donnie Jones

So there you have it. If you thought that Stephen A. Smith was lying about wandering the streets of Philadelphia and being approached by various Eagles players who wanted to bitch to him about Chip Kelly, I can confirm that he totally wasn't.