An eye for an eye? Not so much

Depending on which state you live in, workers' compensation benefits can differ dramatically

If you live in Pennsylvania and sustain a permanent eye injury while on the job, you are eligible for as much as $261,525 in workers’ compensation benefits. But in Alabama, the maximum compensation amount for an eye injury is only $27,000.

Permanent damage to an ear at work in Pennsylvania accounts for up to $57,060 in compensation, but in New Jersey, the amount for an ear is $13,680.

These are just some of the findings of an in-depth investigation by ProPublica reporter Michael Grabell and NPR’s Howard Berkes on the drastic differences in workers’ compensation benefits for identical injuries in states throughout the country.

This disparity grimly illustrates the geographic lottery that governs compensation for workplace injuries in America. Congress allows each state to determine its own benefits, with no federal minimums, so workers who live across state lines from each other can experience entirely different outcomes for identical injuries.

Grabell and Berkes provided readers with an interactive infographic to determine the amount of their state's workers' compensation benefits compared to identical injuries in other places. 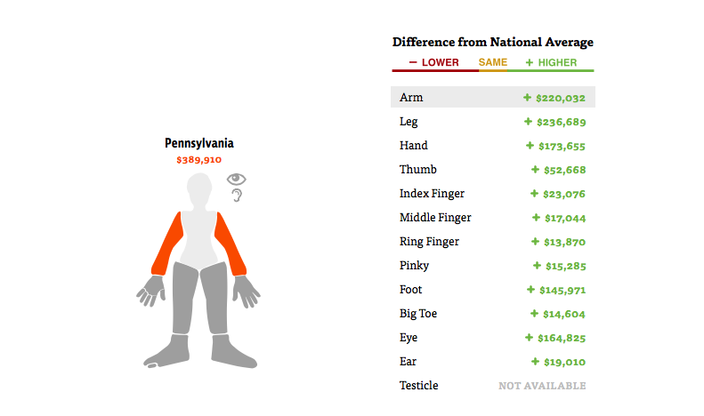 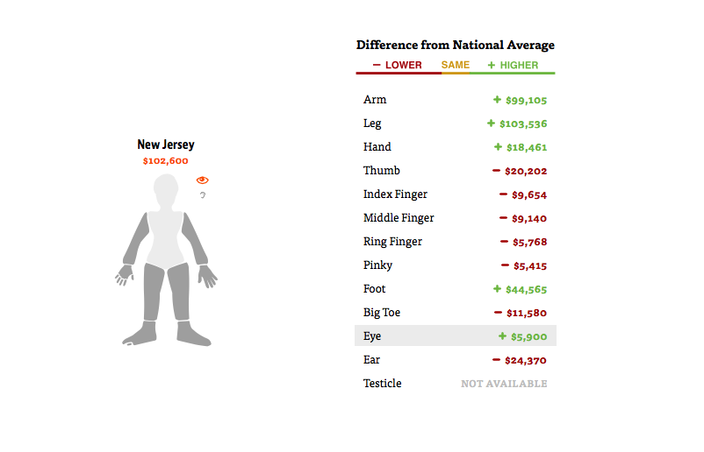