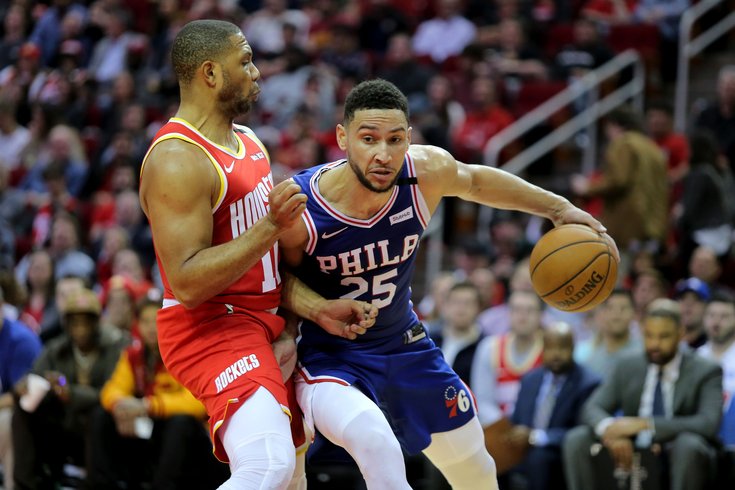 This feels like a longshot. A hail Mary as the clock ticks down to zero. It smells of desperation and might be crazy enough to work. Might be…

I would love to see the last-minute experimental change of moving Ben Simmons to the four, while “Shaking” things up (first and last Shake pun, I promise) with Milton at the point. It’s not that I don’t believe in the individual players so much as the unnecessary addition of more stress to the situation.

The desperation may come from a head coach doing anything to save his job, word from a GM finding himself in a similar situation, or simply a team trying to salvage anything left in a disappointing season. Here is where I have a problem with the move, it’s about the timing way more than the impact. Let’s explore.

Brown is essentially throwing a new lineup out, one that hasn’t had — nor will have – much time to gel. NBA players are amazing, and the game is being played at a historic level, but one thing remains constant: change takes time. We saw the Big 3 in Miami need half of a season to take championship form; how long is Ben Simmons going to take to adjust to being a (true) power forward?

Hey, don’t get me wrong, I am also enjoying watching videos in my head of Simmons beating everyone down the floor for a fast-break dunk. I would love for this to work, but there’s just so much working against it.

The same half-court issues that plagued the Sixers with Simmons on the floor in last year's playoffs still currently exist. Shuffling the deck doesn’t remove the pressure put on Simmons to shoot an open 20-footer, nor does it prevent defenses from collapsing until he does. Now he’s closer to the basket, making it even more difficult to unclog the middle for Joel Embiid. Again, unnecessary pressure put on Simmons to save… well, to save something.

That’s not even all of it. The Sixers are looking up at what could be two realistic jumps in the seeding, and even that would barely get them "home court" advantage, as they're still a thousand miles from South Philly, a place where they owned some of the league’s best. These are eight road games until proven otherwise, until the team can show us this past regular season’s woes on the road are done. Spare me the second easiest schedule argument — they lost to crumb feeders on the road this year.

Seeding is immensely important right now for this team, at the very least getting out of that first round matchup with Boston. That's another thing you can add to the list of pre-existing conditions of stress, before Brown injected more powder into this keg. Let me say it for the people in the back, THIS MOVE CAN STILL BE DONE. Just not now, not at this juncture. Not with so many things working against it.

It’s COVID-19 season, 2020 has been an absolute disaster, we might be lucky if this thing even finishes down in Disney… sure, what the hell, add another gas can to the fire, go out with a blaze on the heels of this desperate change.

I want to keep this as open of a forum as possible. Please DM any questions you have on Twitter.

Will an NBA player be removed from the bubble due to a violation?

Our old pal Richaun Holmes made news for breaking the NBA’s bubble at Disney World. He crossed that line “unknowingly” for a delivery of food. Foolish, yes — and even more ridiculous when you see who called him out. We know Holmes to be a smart individual, so maybe it was a slip, or maybe he simply stepped five feet over the line because the delivery driver couldn’t park. It wasn’t the best look, diffused though as this happened before the season even restarted. But that does beg the question, will this happen again?

It’s already happened with Rockets forward Bruno Cabolco, also in trouble with the league for violating the first 48 hours. Players were told by the league, union, agents, I’m sure Dr. Holmes, all to stay in their rooms for the first two days. Maybe he walked out to get some ice. Another situation that has blown over – and one you might have missed entirely, because of when it happened. So, let’s look at some value here on the open market where you can take advantage of human error.

This all comes down to someone doing something careless, be it on purpose or accidental, to put themselves in hot water by missing actual games. Players are going to be hit with more than a quarantine, so the groundwork has already been set for punishment. We’ve had two players already pushing the boundaries and getting caught — be it Tinder or Tandoori Chicken — and someone is going to have trouble breaking from their routine.

The play here, along with the value, is yes, a player will be removed for violating the rules. That’s the bet, that someone commits a rules violation. It could come down to leaving or bringing someone in, to having their actions result in a spread. I don’t think a team will be shut down, but going off what’s happened already, it's a safe bet that someone will violate the rules.

Unless it’s LeBron James or Anthony Davis-level stardom, the league will probably want to send a message if they can get away with it. Kick out the 4th or 5th guy off a bench, the message is loud and clear, and the product doesn’t suffer. We have human history already coming into play, two times over, and the likelihood the NBA would send a strong first shot across the bow. Take the value here at +240!