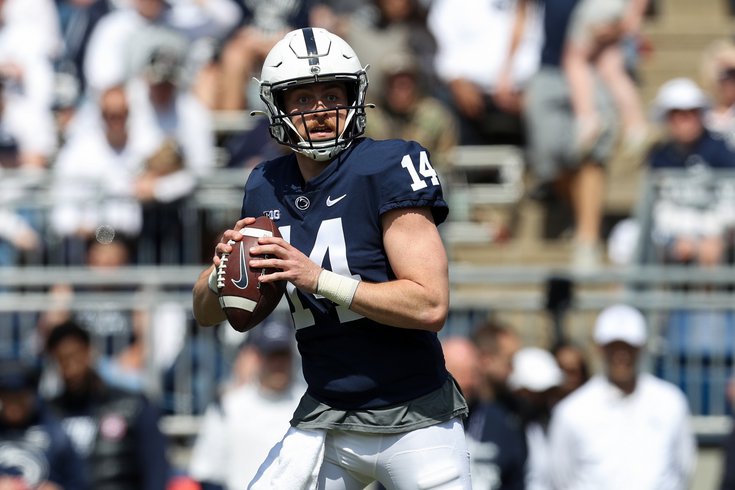 Some of you are all too familiar with the feels and smells of the game, the variance and talent gaps that play out on the field, not to mention the tradition that’s carried into every season. I’ll spare you the sanctimonious nonsense about how the college game is “pure” and how it’s just easier to watch kids than professional kids.

College football is a feeder league that sends its best and brightest on to the biggest sports platform in the country. Even those who don’t make it to the next level are playing at a current level that’s above anything else we have. The NFL, then college football, then your Turkey Bowl Tackle Football game.

Apologies to my brother-in-law Chris or the legendary Brian Westbrook, as we will bypass Drexel and Villanova, respectively. Instead, there is a great equalizer for all of you who refused to acknowledge the hunger and passion for college football in Philadelphia – the bet. Even if you aren’t even watching the games to hanging on every second of Temple Football like Harry Mayes, we have some serious value on the board with both Penn State and the Owls.

How to Bet Penn State at Purdue

James Franklin gets to open a difficult schedule on the road, against a conference opponent, and one more year of Sean Clifford. There’s good reason to why the Nittany Lions are only laying -3.5 on the road, but it’s still on the wrong side of 3, a key number in margin of victory. Clifford looked shaky at best last year and just him coming back instills little confidence. The offense still needs to play turnover-free football in order to allow the defense to narrow the gap.

The Penn State offense is more talented than the Purdue unit, on raw talent alone, but it might take some time for everyone to adjust playing with Clifford. It should come as no surprise to see Franklin’s team struggle to move the football down the field, partly because of Purdue’s pressure, the other part due to unforced errors.

The Boilermakers return Aidan O’Connell — one of just two Big Ten quarterbacks to average over 300 passing yards per game. The Purdue offense can still move the ball in a hurry despite Penn State’s ability to pressure.

The line initially opened Penn State -4 and has since moved to -3.5. The Boilermakers have one of the strongest arms in the conference and can play out of any jam or hole. It’s worth playing the home team getting a hook — or +3.5 points.

How to Bet Temple at Duke

This one is a little different because while Temple is on the wrong side of another key number — seven — it still is a large enough number to provide value. The argument here with Temple is that there's less than 6.5 points difference between the Owls and Duke, and therefore it’s a plus value bet.

Stan Drayton should have his team focused in this game with a realistic opportunity to steal this game outright. D’Wan Mathis returns as the incumbent starter and can stretch the field with a decent amount of time. Injuries eventually shut him down for a second time last year, but if healthy, he poses a threat to this Devils defense.

The key difference here that may not be entirely baked into the line is returning talent. Temple wasn’t great last year, but does return a lot of starters on both sides of the ball. Duke is not only replacing a bunch of players at key positions, but also has a new head coach.

There are a couple of ways to take advantage of an inevitable slow start by the Blue Devils, but the best bet is just tailing the points. You can hear more about this game and Temple’s win total from Harry Mayes on the PhillyVoice Sports Bets Show: