Fantasy football: Every team owner must draft rookies — here's why 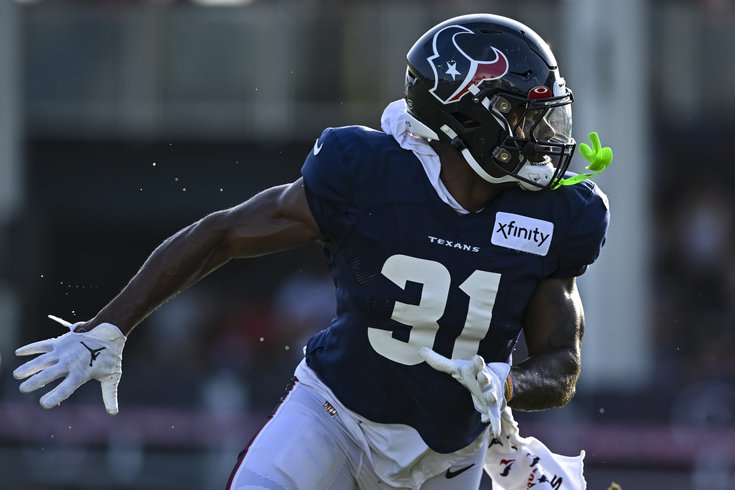 Dameon Pierce could be a stud RB in the making.

You should have at least one rookie on your fantasy football roster. We wrote about this last year, and we're sticking with that proclamation.

If you don't have room on your roster, that's okay — the draft is only part of it. There will be some unheard of rookie emerging from waivers as a starter sometime over the next few weeks. Know who to target before anyone else and it could help you win your league.

Also, if you have keepers in your league, this article should be burned into your head.

The NFL has an extremely high turnover rate. The unforgiving 17-game season leads to injuries on every roster. Having fresh legs is a key asset, particularly at skill positions, and there are a ton of talented rookies worth targeting in this draft. We'll break down 10 players we think are worth rostering in just a second, but before we do that, let's look at the last three rookie classes and how these players have seen increases in value after just one season.

Most rookies drafted last season held their value at worst, with most of them getting better ADP in their second season. Getting good value is the entire purpose of a fantasy draft and rookies are like investments in stock. They may not average 15 points per game in the first few weeks of the season, but the season is a grind and they could by Week 13.

**Was drafted relatively highly and was assumed starter before season-ending injury.

You can see the trend loud and clear. Here's one more class from 2019:

How many people in your league two years ago picked up A.J. Brown off waivers, or took a stab at Kyler Murray in the 14th round and wound up making fantasy playoff runs?

If you have room to spare, now is the time to act. A player below will slowly start to round into NFL-playing form or could be forced into action due to an injured player. Getting in on the ground floor could be the difference between making a title run or missing the playoffs in your fantasy league.

This year is no different. Here are 10 rookies who you may regret not snagging late in your draft (we are skipping the highly touted guys like Breece Hall, Drake London, Kenneth Walker III and looking at deeper plays):

The Cowboys have issues at wide receiver with James Washington and Michael Gallup likely out for the start of the season with injuries. After CeeDee Lamb, it could be Tolbert as the No. 2 wideout for a bit, and that alone is enough opportunity to afford him a spot on your roster.

The buzz out of Pittsburgh is that Pickens and Claypool (if he re-signs) could be the wide receiving tandem of the future for the Steelers. The value of a lot of these guys, deep in the 100s, really minimizes the risk and boosts the potential reward of drafting them.

The younger brother of Vikings star Dalvin, James Cook appears to be blocked at RB by both Devin Singletary and Zack Moss, but starting out as Buffalo's RB3 is nothing to sneeze at. An injury has him getting regular reps, and if he can prove to be a reliable dump off receiver for Josh Allen who is expected to eventually stop running it so much, he could quickly emerge as a fantasy contributor.

Pierce is the most talented running back in Houston and is currently behind Marlon Mack and Rex Burkhead, two veterans he is expected to eventually leapfrog.

There are a lot of unknowns in New Orleans' offense. How will Jameis Winston bounce back? Will Michael Thomas be himself again? How much will Alvin Kamara play? But Olave is one of the best wideouts in the 2022 class and Winston can sling the ball. He's a pretty safe pick as far as immediate contributors go.

Robinson is behind Antonio Gibson in Washington. However, Gibson has had a pretty awful training camp according to reports from D.C., and B-Rob has impressed. If you see him on the waiver wire after your draft star him and be prepared to snatch him up if Gibson struggles.

We're making a deep cut here, with Willis backing up Ryan Tannehill in Tennessee. Willis can run, and the Titans offense could fall off a cliff this season with A.J. Brown and Julio Jones gone, and Derrick Henry reaching overuse as the league's leading bell cow QB. If things go south, Willis could play this season. Watch him on waivers if Tennessee plays like crap.

There's really no reason why Algerier can't be the guy in Atlanta. Last year Mike Davis was a disaster, and Cordarrelle Patterson came out of nowhere, jumping from wide receiver to running back. It would be a lot to expect a repeat performance from Patterson and Algerier stands to benefit from his drop off in production.

Someone has to catch the ball in Green Bay, and there is a lot of buzz around their second drafted wide receiver in Doubs. With an ADP outside the top 150 he is more than worth a flier pick.

The backup running back spot, behind Clyde Edwards-Helaire appears to be Pacheco's to win with a pair of veterans in Jerrick McKinnon and Ronald Jones looking mundane. Their loss could be your gain if you snag Pacheco late in your draft.

Yes, we know it is a lot riskier to take an unknown rookie than an established fantasy contributor. But padding the last few picks on your roster with big swings on rookies could be a lot more valuable than picking Benny Snell or Marvin Jones to warm your bench.