Fantasy football winners and losers from a wild offseason 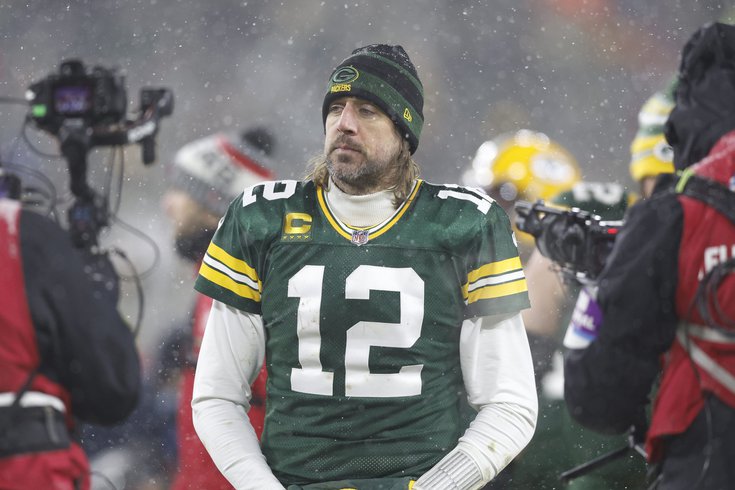 'Throw Rogan' is out.

There was a lot of movement of key offensive players over the last few weeks — moves that will impact fantasy football drafts and production in five months when things heat up for the 2022 season.

Who may wind up improving their ADP and overall stats as a result of finding a new home this spring? Here's a look at some of the biggest winners, losers and question marks:

It would be hard to argue that a move from a washed up immobile Ben Roethlisberger to the Chiefs' high powered offense and Patrick Mahomes won't give Smith-Schuster an opportunity to make a big leap and become a key fantasy contributor this season. And the Chiefs now have a true No. 2 next to Tyreek Hill. This entire offense could be even better in 2022.

Cooper goes from an offense loaded with WR talent in Dallas to a Browns team that just brought in Deshaun Watson and doesn't have a ton of weapons for him. So there is a potential for Cooper to just rake in targets. He'd be someone I would be very keen on targeting in my fantasy draft this summer.

Here are the quarterbacks who have completed touchdown passes to Allen Robinson: Blake Bortles, Mitch Trubisky, Chase Daniel, Nick Foles, and Andy Dalton. Matthew Stafford will be the best QB A-Rob has ever played with, and he'll have the benefit of being the afterthought from defenses focused on shutting down the NFL's best WR in Cooper Kupp. Robinson could have a monster year if he stays healthy.

From riding the bench in Buffalo to a starting gig in Pittsburgh, Trubisky is a true winner this offseason. Just how fantasy relevant he will be is anyone's guess, but he will be throwing to Dionte Johnson, Chase Claypool, Pat Friermouth and Najee Harris so how bad can he be?

No need to waste out time explaining why we like Carr in fantasy drafts this coming season. He reunites with his former college teammate and top 2 NFL WR Devante Adams. He'll be a fantasy stud with Darren Waller and Hunter Renfroe already in the fold.

Russell Wilson is a huge upgrade over Drew Lock and Teddy Bridgewater. Jerry Jeudy and Courtland Sutton could have big seasons, just like D.K. Metcalf and Tyler Lockett did on the regular in Seattle.

In similar fashion to Trubisky, Mariota goes from a backup to a starter. He'll have Kyle Pitts to throw to and not much else, but he still will be relevant in deeper fantasy leagues.

Lawrence will benefit from having a new head coach in Doug Pederson, a bolstered offensive line, and Christian Kirk to throw to, who goes from being the second or even third option in Arizona to likely being Lawrence's No. 1. There is a ton of potential for this duo.

Rodgers is rich beyond anyone's wildest dreams, but he has no one to throw to. Are you drafting Allen Lazard? Randall Cobb? You might have to if the Packers don't bring him some weapons in the wake of Davante Adams' trade to Las Vegas.

Speaking of that trade to Las Vegas, Adams is a loser but not in the same way his former QB is. Adams should still be a top 5 or so wideout in 2022, but he won't be the only real option for his signal-caller in Vegas the way he was in Green Bay and his numbers could dip ever so slightly.

Johnson, Claypool and the rest of Pittsburgh's pass catching core will likely not see their production improve with Trubisky as their new quarterback.

Likewise for Metcalf, Lockett, Noah Fant and company as they don't even really know who their starter will be yet.

As a result of his mega deal, and those for several teammates including the aging Ezekiel Elliott, Prescott's offense got worse on paper as he lost Amari Cooper to free agency. He still has CeeDee Lamb and Michael Gallup, but there could be a slight drop off.

Could go either way

Ryan is probably a winner going to the Colts but he will join an offense that likes to run. He had Kyle Pitts and Calvin Ridley (while he played) in Atlanta and will now have Michael Pittman and a cast of supporting pass catchers with Indy. It might be a lateral step in production.

Strictly speaking, going from not playing to playing for any team is going to be better for fantasy. #analysis. But Watson had it pretty good when he was playing in Houston and there might not be the same weaponry in Cleveland after Cooper. They are also a run heavy offense unlike any Texans team he played for.

Edmonds goes from being the No. 2 in Arizona to probably the No. 1 in Miami but on a team with a much worse offense. The jury is still out, but he will be draftable for sure this summer.

Wentz may have had a better team around him overall in Indianapolis, but it's possible he is in a better place for individual stats and accolades in Washington with the best receiver he's ever thrown to there in Terry McLaurin. He also will have Curtis Samuel and Logan Thomas. His offensive line will be worse, however, which could cause issues. The jury is still out as far as fantasy value goes.