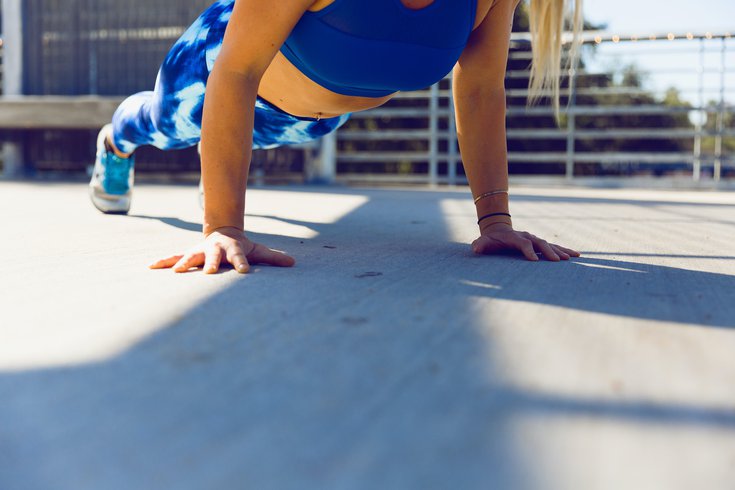 How fit are you? Stanford Medicine researchers believe a simple blood test can determine fitness levels on the molecular level.

Treadmill tests have long been considered the gold standard for measuring a person's fitness level.

But a simple blood test may provide a more nuanced assessment, according to Stanford Medicine researchers who have been studying the body's molecular response to exercise.

Such a test eventually could be used as a complement to the treadmill assessment, which measures a person's aerobic fitness levels. That belief stems from a study the researchers conducted, collecting hundreds of thousands of molecular measurements from 36 people between ages 40-75 before and after exercise.

"Everybody knows exercise is good for you, but we really don't know what drives that at a molecular level," Michael Snyder, chair of genetics at Stanford said in a statement. "Our goal at the outset was to conduct a highly comprehensive analysis of what's happening in the body just after exercising."

Study participants had their blood drawn before completing a treadmill test, which requires people to run while wearing an oxygen-measuring masks until reaching peak oxygen consumption. They then had blood taken 2 minutes, 15 minutes, 30 minutes and 60 minutes after the exercise.

The researchers tracked molecular markers for various biological processes, including metabolism, immunity, oxidative stress and cardiovascular function. Those markers, found in blood and other bodily fluids and tissues, can be used to evaluate a person's health.

The study participants who were the most physically fit had similar molecular signatures in their blood samples taken before they exercised, researchers found. That led them to believe a blood test could be developed to measure fitness.

"Aerobic fitness is one of the best measures of longevity, so a simple blood test that can provide that information would be valuable to personal health monitoring," said Kévin Contrepois, the genetics department's director of metabolomics and lipidomics.

Most participants' molecular markers of inflammation, tissue healing and oxidative stress spiked as their bodies started to recover from the exercise, Snyder said. Two minutes after exercise, their blood samples showed that their bodies were metabolizing certain amino acids for energy, but they switched to metabolizing glucose by the 15-minute mark.

The researchers also found that participants who had a form of diabetes or pre-diabetes and were insulin-resistant had a dampened immune response after exercise.

While there appears to be a strong correlation between certain molecular markers of immunity, metabolism and muscle activity and a person's aerobic fitness, Snyder said more research is needed to fully understand the connection.

His team also is working to narrow the number of biomarkers needing to be measured to best predict a person's fitness level. The researchers have a created a proof-of-principle test based on their preliminary data and filed a patent application.

The blood test is not available to the public, but they hope to eventually offer an inexpensive and faster way to measure aerobic fitness. The study was published in Cell.