IBX volunteers reaching out to isolated seniors amid COVID-19 crisis 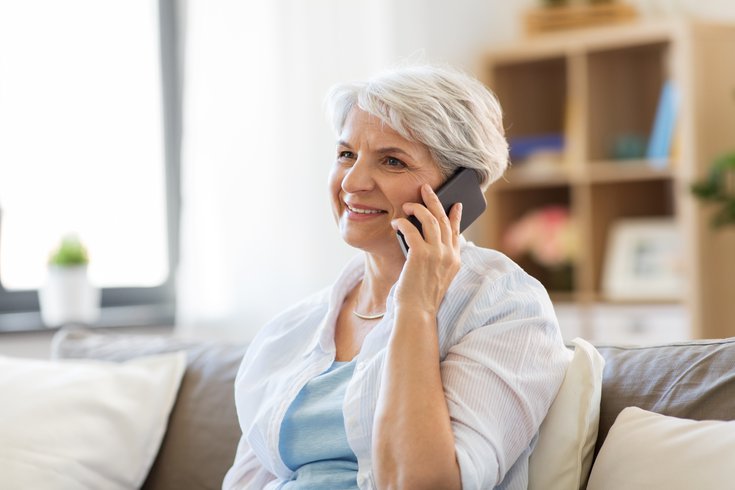 Independence Blue Cross volunteers have made it their mission to reach out to seniors who are feeling isolated during the COVID-19 pandemic.

The stay-at-home orders enacted during the coronavirus pandemic have presented challenges to virtually everyone. But they're particularly difficult for seniors who live alone.

To help them feel less isolated, Independence Blue Cross volunteers have made more than 2,000 calls to its Medicare members as part of a new initiative called "Calls of Kindness." The volunteers are checking-in with seniors and connecting them to resources.

"There is so much fear and anxiety about this virus. It is extremely overwhelming for people," said Independence Medical Director Heidi Syropoulos, a longtime geriatrician. "We thought that making proactive outreach calls like these would help reassure our most at-risk members that they are not alone and that we are here to help them with anything from getting groceries to accessing telemedicine. Or just talking, if that's what they need."

When conducting calls, the employee volunteers first introduce themselves and explain why they are calling. They then try to get a sense of the senior's support system and whether any assistance is needed. Most importantly, the volunteers engage the members in a friendly conversation.

The initiative began as a week-long pilot program, Senior Program Support Specialist Veronica McNeish said. But it received such a great response that the company decided to continue it. The hope is to reach 10,000 members, McNeish said.

"I spent 10 minutes on the phone with a member," McNeish said, describing one particular call. "She was blown away that Independence is doing this. She told me that she goes out when she needs to for herself and for her neighbors who are a little older and have medical conditions.

"I learned about her life and why she is lonely. We laughed a lot and she told me that I made her feel good and that she will have a great rest of the day because of my call."

Another Medicare member who lived in an nursing facility described the effects of a COVID-19 outbreak within the facility. She told McNeish that everyone was quarantined to their small rooms. She said she missed seeing people and that it meant so much to receive the call.

"You don't know how much this means to me to know that someone cares," McNeish recalled her saying.

McNeish had one call last for an hour. The member said the call was the best part of her day.

"It made me feel good to be part of a community when I am also isolated at home," McNeish said.