Tyson Foerster is coming along too 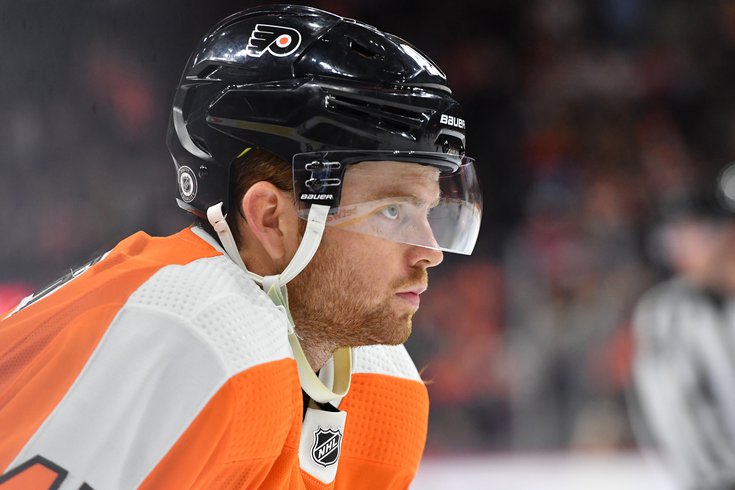 Defensive prospect Cam York is doing well down with the Phantoms in the AHL.

With not much expected at the NHL level right now, hope comes from down on the farm.

The Flyers' prospect pipeline isn't as stacked with promise as it once was a few years ago under Ron Hextall, but then again, if you're Chuck Fletcher, you at least have to be happy that the Phantoms' current leading scorers look like this down in the AHL:

Yup, those are Fletcher's first-round draft picks from 2019 and 2020 at the top right there. In fact, four of the five points leaders up in Allentown are Fletcher picks.

But with the team lead in points down with the Phantoms, he seems to have taken the demotion in stride, is making progress, and seeing the results.

“He’s on the right track,” Phantoms coach Ian Laperrière told The Philadelphia Inquirer earlier this week. “Going to keep playing him. He’s going to keep getting rewarded if he plays the right way, and he’s going to be fine.”

MORE: Through give and take, Kevin Hayes keeps on going

It should be noted too that of all the positions in hockey, defense is probably second only to goaltending in the time it takes to develop and adjust to the pro level. Guys like Colorado's Cale Makar are extremely rare exceptions.

Tyson Foerster, 20, is also holding his own up front, and if the Flyers start leaning more toward evaluations of what they have and where they're at as the season progresses, then a call-up for him could be on the way.

Tyson Foerster now has five goals on the season, second on the @LVPhantoms only to Elliot Desnoyers (6). Nice net front presence throughout the first period, and it's Foerster who gets rewarded. pic.twitter.com/anmq1Hx7oP

Head coach John Tortorella after all did say Thursday morning that the Flyers are very much building right now, and it's going to take a long time to see fully through.

"This isn't a one-year type of thing," Tortorella said. "We got some work to do. It's gonna take some time no matter what people want to hear. It's going to take some time to get this right."

Speaking of first-round forwards, how is this year's No. 5 pick Cutter Gauthier doing at Boston College?

MORE: It will take time to build the Flyers the 'proper way'