The contract will pay the winger $5.5 million annually 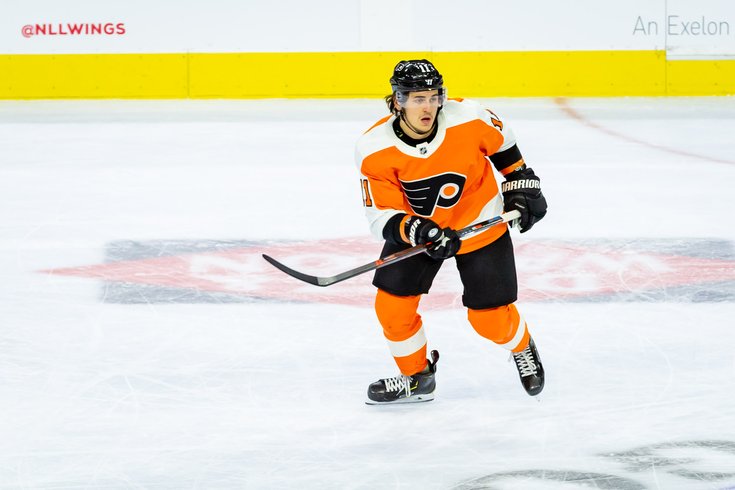 The Flyers are keeping the young gang together.

A few days after the team inked Ivan Provorov to a six-year, $40.5 million deal, the team announced it had signed restricted free agent forward Travis Konecny to a six-year deal as well, worth around $5.5 million per year.

The duo of 22-year-olds have a high level of potential and represent anchor points for the once aging franchise as it looks to achieve success in Alain Vigneault era. Getting the two under contract for such a long tenure will go a long way at providing some stability for the franchise — as well as maintaining the services of two very talented players.

"We are happy to have Travis under contract for the next six seasons," GM Chuck Fletcher said. "Travis has shown progression in each of his three seasons and is an integral part of our group of young forwards. His speed, skill and tenacity sets him apart in today's NHL."

Konecny has gotten better in each of his first three seasons, posting career highs in assists (25), points (49), and scoring 24 goals for the second time. In all, Konecny has 124 points in 233 NHL games.

The timing couldn't be better, as the former restricted free agent will be able to suit up and get into regular season form with the preseason starting Monday night in South Philadelphia.

It was reported earlier this offseason that Konecny's camp wanted a longer term deal, and it appears the player got his wish. There's a good chance he'll be a first liner in 2019-20, alongside veterans Claude Giroux and Sean Couturier.