Montco man follows in grandfather’s footsteps, one photo at a time 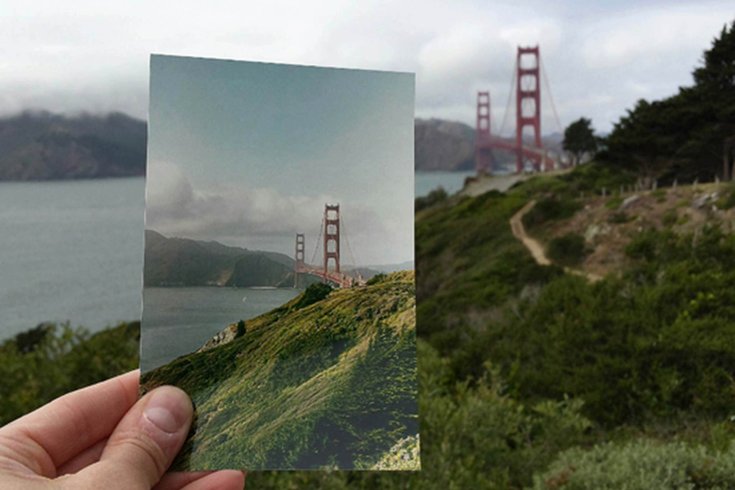 From a vantage point of the Golden Gate Bridge in San Francisco, Christian Carollo takes a photo in May 2015 of the scene while holding a photo his grandfather took of the same scene in April 1979.

A freelance photographer from Montgomery County is keeping his grandfather's memory alive by traveling the United States in his footsteps – and taking pictures of the same places he did decades ago.

Christian Carollo, a 33-year-old Telford resident, found that cherishing his grandfather’s travel photographs was not enough to remember the man and prolific traveler, Herb Connellan, who died at the age of 87 in 2008. Connellan photographed locations in almost all 50 states during his travels from 1973 to 2003.

Carollo’s mission started “by accident” in October 2012 when he came across a box of his grandfather’s old slides of photographs taken on a 1981 trip to the Oregon coast, including a specific image of a building in the small coast town of Winchester Bay. By coincidence, Carollo was going to be passing through the same area on a trip to the Pacific Northwest just a week later.

He got the idea to replicate the photo, and after posting that single image on Instagram and getting great feedback, Carollo wanted to see if he could do more. 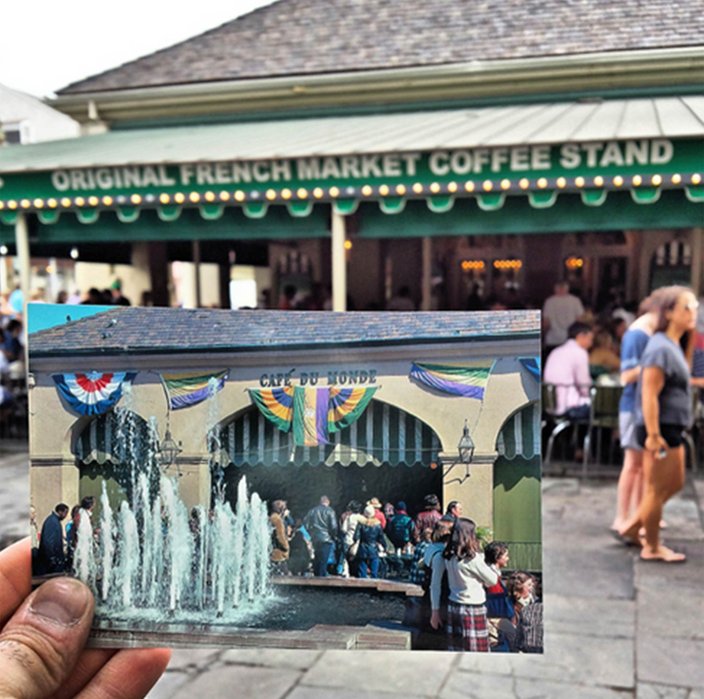 Christian Carollo photographs the Cafe du Monde in New Orleans in April 2014. A picture taken by his grandfather in February 1978 shows how the eatery looked then. (Photo courtesy of Christian Carollo)

'A WAY TO HONOR HIM'

Holding up one of his grandfather’s past vintage photos – a landmark, building, or nature formation – Carollo takes his own photographs to show how time has passed. He has replicated photos at places from all around the United States – from New Orleans to New Mexico to South Dakota. He calls it the "Past Present Project."

“Pretty much most of my trips now are dictated by the project,” said Carollo. “I decide where I’m going based on his photos.”

Lining up his grandfather’s pictures to take his own is sometimes easy, but often Carollo has to do research ahead of time. He uses his grandmother’s detailed cross-country journals from the family's travels and matches up the dates and excerpts with each picture. When the excerpts aren’t clear, he will do some digging on the internet.

Instagram helps him display his work, but Carollo also uses the social media platform to connect with other tourists, tourism bureaus and travelers. Such resources can be useful as he tries to identify a specific landmark or building, he said.

Carollo, who has replicated about 70 of his grandfather's photos and has more than 200 more to go through, intends to visit all 50 states, surpassing his grandfather’s travels. He figures he has traveled about 10,000 miles – flying and driving – so far.

“People are gravitating toward the project and it’s an awesome story to tell,” said Carollo, who credits Connellan with his interest in photography and travel. “It’s a way to honor him.”

Herbert D. Connellan was a Brooklyn native who served in the U.S. Army during World War II. He became a patrolman for the Nassau County (N.Y.) Police Department, and served for 20 years before retiring in 1974. He later moved to Hellertown, Bucks County. 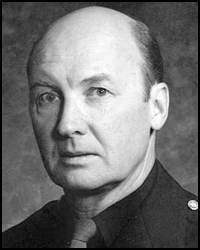 Connellan, pictured left, loved history and a lot of his travels was centered around history. While he was in World War II he stayed with a Belgian family which showed him photographs of Europe and took him around the continent.

Later, he and his wife, Ruth, who is now 101 years old and lives in Florida, were avid travelers for much of their lives, taking the family along on trips.

Carollo’s mother, Judy Carollo, went along on the treks, but said she and her four siblings didn't share her father’s love of photography and travel when they were younger. Now, she sees much similarity between her father and her son, saying the passion must have “skipped a generation.”

“I just love [the project],” Judy Carollo. “The only sad part is I wish my father was still alive to see it.”

Christian Carollo said he plans most of his trips in spring and fall because they are the best times to travel. He sets aside a certain amount of money specifically for his trips, and uses vacation days from his job as a cash and service supervisor with Landis Supermarket in Telford, where he has been employed for 16 years.

He stays in reasonable motels or finds places on Airbnb, a website for people to rent out lodging, and makes “travel a priority.”

“It’s not about where I am staying or eating, it’s about what I’m seeing and experiencing,” Carollo said.