You definitely want to avoid most fried and frozen foods when battling the flu, study suggests

P.S. Flu season isn't over yet 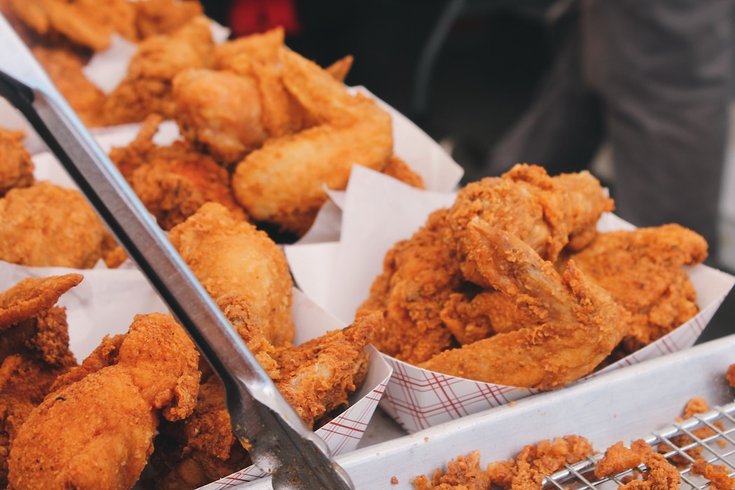 Fried foods often include the additive tBHQ, which can weaken the flu vaccine's protection.

It’s virtually a no-brainer that when you’re sick, reaching for bright and vibrant fruits and vegetables — lauded for their get-well vitamins, minerals and antioxidants — is a good step in getting yourself back to good health.

That said, new research has identified foods to avoid while battling the flu because of their potential to stifle the body’s natural immune response, according to the Michigan State University study.

The research, published Sunday in the journal Experimental Biology, found in a study of mice that exposure to the food additive tert-butylhydroquinone (tBHQ) — common in fried foods, frozen meat and processed crackers — could weaken the protective power of the flu vaccine on the body’s T cells.

This is particularly noteworthy due to the high death toll linked to the flu in the past two flu seasons. The World Health Organization estimates that flu results in about three to five million cases of severe illness, and about 290,000 to 650,000 deaths globally every year.

There are two kinds of T cells, according to Tcells.org. Helper T cells are essentially dispatchers that direct the immune system to come together and put up their best defense, while killer T cells shoot through the body looking to find infection and rid it from the body.

In the study of mice, researchers found that those who were consuming a tBHQ-infused diet had slower T cell response, which led to a lengthier healing process from the virus. Further, as T cells are involved in the fight against many diseases, researchers conclude in the release that tBHQ could also impact the body's ability to stave off other infectious diseases.

The Independent reports that tBHQ is a derivative of petrol and is commonly found in flooring varnish, but is also somehow present in our food as a preservative. Further, the Independent explains, that the additive seemingly has the ability to diminish a flu vaccine’s “memory of how to fight off a virus.”

"If you get a vaccine, but part of the immune system doesn't learn to recognize and fight off virus-infected cells, then this can cause the vaccine to be less effective," said Robert Freeborn, a fourth-year doctoral student who led the study with Cheryl Rockwell, an associate professor in pharmacology and toxicology, in a news release. "We determined that when tBHQ was introduced through the diet, it affected certain cells that are important in carrying out an appropriate immune response to the flu."

The research was funded by the National Institutes of Health.

While it may seem like we're out of the dark with flu season, the U.S. Centers for Disease Control and Prevention reminds us that flu season can last well into May.