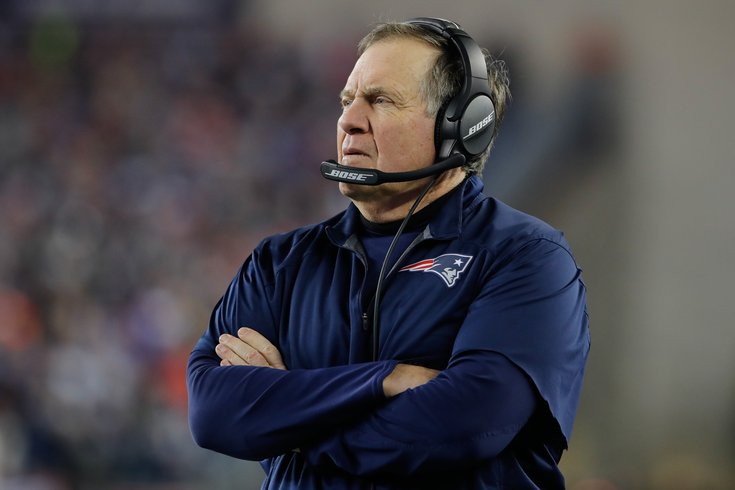 Bill Belichick and the New England Patriots have been caught cheating multiple times by the NFL.

The New England Patriots' front office, coaching staff, current and former players, and their fans can tell themselves whatever they'd like, but the reality is that they have been caught cheating multiple times by the NFL.

Of course, one of the biggest Patriots scandals was "Spygate," in which the Pats were caught filming opposing teams' signals, which they would then attempt to decipher and use against their opponent. Due to their cheating, the Patriots had a first-round draft pick taken away, head coach Bill Belichick was fined $500,000, and the Patriots were fined $250,000. In the aftermath of the punishment from the league, after receipt and review of tapes submitted to the NFL, Commissioner Roger Goodell had the evidence destroyed, because ¯\_(ツ)_/¯. While the Patriots were caught in 2007, it is believed by many that they had been improperly been filming signals for years.

In an interview with 97.5 the Fanatic's morning show, former Eagles LB coach Steve Spagnuolo revealed that former long-time Eagles defensive coordinator Jim Johnson said during the 2005 Super Bowl after the 2004 season that he suspected the Patriots of having figured out the Eagles' defensive signals, and they knew when the Eagles were blitzing.

Spagnuolo was initially asked what he learned from Johnson, just generally speaking.

"I’ll tell you, the biggest thing we learned was make sure you have two signal callers, not one signal caller, because they may have all your signals," he said.

That opened up the floodgates in the interview, as Spagnuolo was asked to expand.

"Here’s what I remember distinctly," he said. "At the time, I was up in the box, and Jim was down on the field. And I remember through the course of the game, Jim saying, ‘They’re getting our signals. They know when we’re blitzing. They’re getting our signals. Try to hide it, etc. etc.’ And I remember distinctly thinking, ‘Jim I don’t think that’s true.’ Now I’m not saying this to him, because I don’t want to upset him. I’m saying it to myself. ‘I don’t think so Jim, just concentrate on calling the game.’

"In hindsight, he was right. When you go back and look at that tape, it was evident to us – and I’m not crying over spilled milk here – but we believed that Tom (Brady) knew when we were pressuring, because he certainly got the ball out pretty quick.

"But, you know, you gotta play the game, and they won that particular day, but there’s no question I wasn’t going to let that happen in the 2008 Super Bowl (with the Giants) after the 2007 season. We made sure we had two signal callers, and we were protecting against that."

Jim Schwartz would be wise to do the same.