With House Speaker on way out, Lauren Hitt is working to elect a Democrat in his district

Lauren Hitt was getting ready for work Wednesday morning when she learned that Speaker of the House Paul Ryan will not seek re-election in his Wisconsin congressional district. 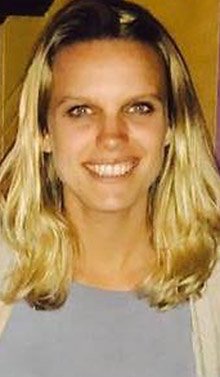 Lauren Hitt: “This causes a tremendous amount of turmoil for the Republican party.”

"It was like 7:15 when I got the first call," said Hitt, who left Philadelphia Mayor Jim Kenney's office in January to serve as communications director for Randy Bryce, a Democrat and U.S. Army veteran running to capture Ryan's seat in the First district.

News that Ryan, a 10-term Republican, would retire after his current term elicited a range of reactions across the country.

But it was particularly good news for Hitt.

"We're thrilled," Hitt said. "It's great. As Randy said, the goal was always to repeal Paul Ryan and replace him with a working person."

Bryce's campaign figured both goals would have to be accomplished in November, Hitt said. But now, they're halfway there.

"As everyone has pointed out, this causes a tremendous amount of turmoil for the Republican party," Hitt said. "To do that in a year when they're looking very weak, more and more people just assume they'll lose the House."

Ryan's announcement would look to make Bryce's candidacy more viable. Sabato's Crystal Ball moved its race rating from "likely Republican" to "toss up" on the Ryan news. The Cook Political Report slid its rating from "solid" Republican to "lean" Republican.

Bryce, a union ironworker, raised more than $2.6 million in the first three months of the year – topping Ryan by $1.75 million. He has gained support from actresses Susan Sarandon, Charlize Theron and Gwyneth Paltrow.

Yet, Hitt said she was still surprised by Ryan's announcement, given the consequences of his retirement on the Republican party. She figures he must have wanted to avoid the embarrassment of losing.

RELATED: At Temple, a drive to engage students ahead of Pa. primary, mid-terms

"I was surprised, just because I knew how disastrous it would be for Republicans for him to drop out," Hitt said. "This is really bad news for them to have this internal jockeying happening already, to not have a strong leader of the party when they're heading into a really vulnerable mid-term year."

Bryce tweeted Ryan an application for the ironworkers union.

Another Democrat – Cathy Myers, a small business owner – has announced her candidacy, too. 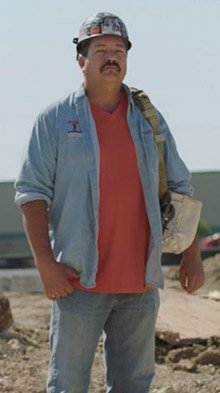 Candidates have until June 1 to declare for the Aug. 14 primary. That will give Republicans plenty of time to find a potential replacement for Ryan.

Paul Nehlen – a far-right candidate who has been banned from Twitter for racist and anti-Semitic posts – already had intended to challenge Ryan in the Republican primary. Army veteran Nick Polce, a former Green Beret, also has announced his candidacy.

More Republicans are expected to join the race.

For Hitt, who served on the campaigns of Kenney and New York City Mayor Bill de Blasio, the opportunity to participate in a race with national implications has been exhilarating.

"It's been a lot of fun to get back on the campaign trail," Hitt said. "You get to throw a lot more punches and get to say a lot more" than she could as Kenney's communications director.

But she still hears from Kenney, whose Twitter presence she famously curtailed.

"I got a very sweet, encouraging text from Mayor Kenney today," Hitt said.