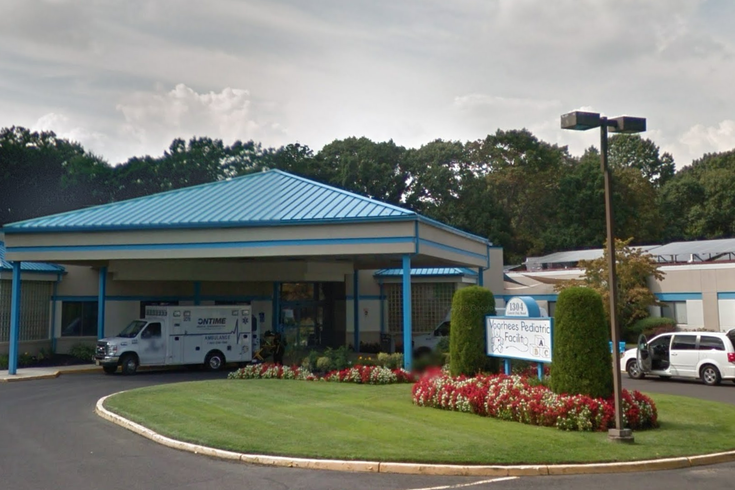 A view of Voorhees Pediatric Facility from Laurel Oak Road.

Four cases of adenovirus were confirmed Wednesday at Voorhees Pediatric Facility in Gloucester Township, just a week after six children died and 12 others became ill from an adenovirus outbreak at a facility in northern New Jersey.

Preliminary test results from the New Jersey Department of Health have ruled out adenovirus Type 7, which caused the outbreak at the Wanaque Center for Nursing and Rehabilitation in Wanaque, Passaic County.

The Department of Health is still awaiting additional lab test results from the CDC.

The facility notified the state of a case of adenovirus in one resident on Oct. 26, and began “curtailing” new admissions on Oct. 29, although it is now allowing readmissions. It informed families of the outbreak on Wednesday.

“The pediatric patients in Voorhees do not have the severity of illnesses we’re seeing among residents at the Wanaque Center for Nursing and Rehabilitation,” Health Commissioner Dr. Shereef Elnahal said in a release. “While we cannot release private medical information, these patients in Voorhees are not in critical condition.”

There are more than 50 types of adenoviruses. Type 7 is most often associated with acute respiratory disease, according to the World Health Organization.