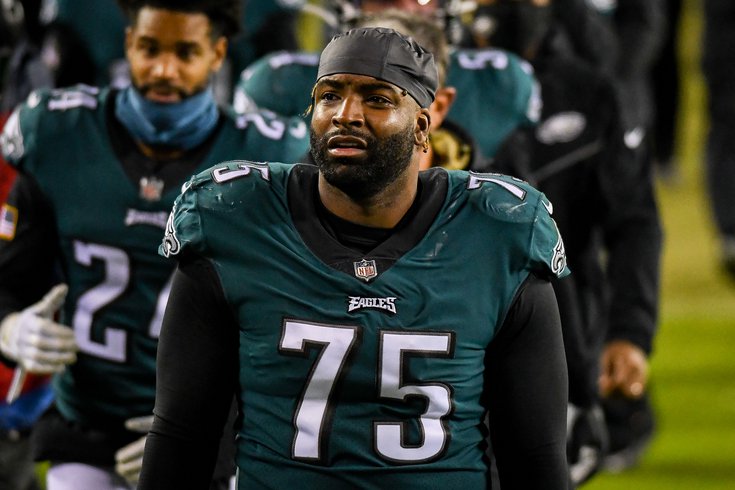 Vinny Curry walking off the field during the Philadelphia Eagles game against the Dallas Cowboys at Lincoln Financial Field in Philadelphia on November 1, 2020.

The Philadelphia Eagles announced on Thursday that three players were placed on the Reserve/COVID-19 list. They are WR J.J. Arcega-Whiteside, RB Corey Clement, and DE Vinny Curry.

Obviously, get well soon, fellas, but from a football perspective, these aren't exactly roster-crippling losses.